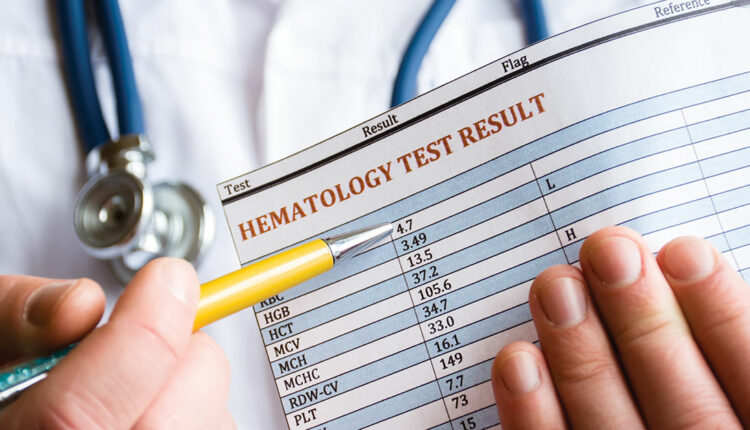 Careful planning and consultation with the healthcare team are required to ensure safe and appropriate treatment for this patient population.

By Stefanie VanDuine, RDH, BSDH, MSDH On Aug 14, 2020 0
PURCHASE COURSE
This course was published in the August 2020 issue and expires August 2023. The author has no commercial conflicts of interest to disclose. This 2 credit hour self-study activity is electronically mediated.

Von Willebrand Disease (VWD) is the most common inherited bleeding disorder, presenting in roughly 1% of the world’s population.7,8 In those with VWD, there is a defect or deficiency of VW factor (VWF), a sticky protein that has multiple functions in maintaining hemostasis. VWF itself is not a clotting factor, but it helps platelets stick together and to the capillaries. VWF also carries factor VIII, which is an essential clotting factor.7,8

There are three types of VWD, all of which can affect men and women. Type 1 VWD is the most common, presenting in approximately 80% of those with VWD.7,8 In those with type 1, there is a mild to moderate reduction of VWF levels. Type 2 VWD involves qualitative defects in the VWF. There are four subtypes (2A, 2B, 2M, and 2N), each of which has a different qualitative defect in the VWF. Type 3 VWD is characterized by little to no VWF, making it a more severe presentation.7,8

Those with VWD can manage bleeding using a variety of products, including factor-boosting therapies that increase the VWF and factor (F)VIII levels in the plasma and adjunctive therapies that indirectly control bleeding. The most commonly used factor-boosting product is desmopressin, a synthetic drug that can either be administered intravenously, subcutaneously, or intranasally.7 In some cases, plasma-derived concentrates of VWF/FVIII are given intravenously to manage VWD. Adjunctive therapies include using antifibrinolytic agents, fibrin glue, or hormonal therapy to control bleeding in women who experience menorrhagia.7

Hemophilia A involves a deficiency in clotting factor VIII (FVIII) and makes up roughly 80% to 85% of all hemophilia cases.9 The other 15% to 20% have hemophilia B, resulting in a deficiency of factor IX (FIX).9 Severity of hemophilia is classified as mild, moderate, or severe, depending on the amount of clotting factor and predicts bleeding risk. Hemophilia can cause joint and muscle bleeds.9 Over time, bleeding into the joints can result in hemophilic arthropathy, a joint disease that involves chronic pain, reduced quality of life, and limited joint movement and function.13–15

Treating and preventing bleeds associated with hemophilia generally involve intravenously administering plasma-derived or recombinant FVIII or FIX concentrate, depending on the clotting factor associated with the disorder.9 In some cases, those with hemophilia treat at home with factor-replacement product in order to prevent anticipated bleeding and complications associated with repeated bleeding.9,16 Those with more severe hemophilia may have a central venous access device (CVAD) placed for easy access in times of infusion.17 Other products, such as desmopressin and antifibrinolytic drugs, have been used to control bleeding. Adjunctive therapies including first aid, physical therapy, and COX-2 inhibitors can be used to manage pain, inflammation, and duration of bleeding.9

Bleeding disorders can involve deficiency in any of the 13 clotting factors, causing similar symptoms and complications as VWD and hemophilia. These disorders are named for the affected factor. Treatment depends on the factor impacted, but generally involves either plasma-derived factor concentrates, desmopressin, antifibrinolytic drugs, or fresh frozen plasma.18

Patients with bleeding disorders can often be treated in a private dental practice, but treatment considerations must be taken to ensure safe and effective care. Due to the individuality and complexity of treating this patient population, it is essential to communicate with the patient’s hematology team and the attending dentist to ensure proper measures are taken. The patient may have to infuse with factor replacement before and after dental treatment. However, the amount of factor that patients receive should be minimized. This is due to both cost and the risk of developing antibodies or inhibitors to the factor over time.23,24 Preventive care is critical to prevent the need for extensive dental work and factor replacement.24,25

A bleeding disorder can be all-consuming, causing oral healthcare to be a low priority. However, plaque removal is necessary to prevent periodontal diseases and caries.26 Gingival bleeding in those with bleeding disorders is due to the presence of plaque. Personalized oral hygiene recommendations should include proper plaque removal, sealants, fluoride use, regular dental care, and dietary counseling.9,20,24,26,27

To avoid intraoral bleeding, oral trauma should be prevented. Mouth guards should be recommended for sports, but other appliances should be considered for the patient at increased risk for trauma (eg, bruxism).20 All restorations, appliances, and prostheses should be examined to ensure they do not traumatize intraoral soft tissues.

Bleeding during tooth eruption and exfoliation is sometimes exacerbated by a bleeding disorder. If bleeding occurs during infant teething, it is best to discuss with the patient’s hematology team. Antifibrinolytic agents may be recommended if the blood cannot form a clot to stop the bleeding.20 In those with bleeding disorders, teeth should exfoliate on their own. If bleeding occurs with normal tooth exfoliation or post-tooth extraction, pressure with gauze or a tea bag should be applied. When bleeding occurs from tooth eruption in older children and teenagers, pressure and an antifibrinolytic agent can be used. During the time of tooth eruption and exfoliation, straws and hot foods should be avoided, as they can disrupt a clot from forming.20

The potential bleeding associated with dental pain medications should be discussed with the patient’s hematologist and attending dentist. Generally, a mild analgesic, such as acetaminophen, can be recommended.9,20,22,24,27 Due to long-term pain associated with bleeding disorders, patients may take pain medications consistently. This population may experience increased risk for opioid misuse due to long-term use.28

Any type of local anesthesia can be used among patients with bleeding disorders, but local anesthesia in general can lead to complications, especially when administering injections to highly vascular areas such as the inferior alveolar nerve.20,22,24,25,27 Inferior alveolar nerve blocks can cause internal bleeding, leading to airway blockage and death; their use should be avoided in patients with bleeding disorders.22,29–31 Buccal infiltration, intrapapillary injections, and intraligamentary injections should be administered when possible. If nerve blocks or lingual infiltrations are necessary, careful planning may involve asking the patient to pre-treat and post-treat with factor to control any potential bleeding.20,22,24,25 Patients should be reminded to avoid chewing after local anesthesia to minimize the possibility of soft tissue trauma.

Oral surgery procedures, including extractions, often place the patient with a bleeding disorder at high risk for severe bleeding. Careful consultation with the hematology team is necessary. Factor infusion and/or desmopressin use are almost always recommended. Patients with severe bleeding disorders may need to be treated in a hospital setting. In addition to systemic medications and products, local agents can be used to control bleeding including, but not limited to pressure, fibrin glue, sutures, surgical stents, tranexamic acid, and epsilon aminocaproic acid.22

Products and agents may be used to prevent and control bleeding among patients with bleeding disorders. Prior to treatment, a systemic medication or product is often given to prevent procedure-related bleeding. During the appointment, various techniques and agents can be used to prevent and control bleeding such as epsilon aminocaproic acid. A paste can be made with a crushed aminocaproic acid tablet and water that is applied topically to the bleeding site.33 Table 1 depicts appropriate techniques for management of excessive bleeding before, during, and after dental treatment. Consultation with the patient’s hematology team is highly recommended.9,20,22,24,27,33 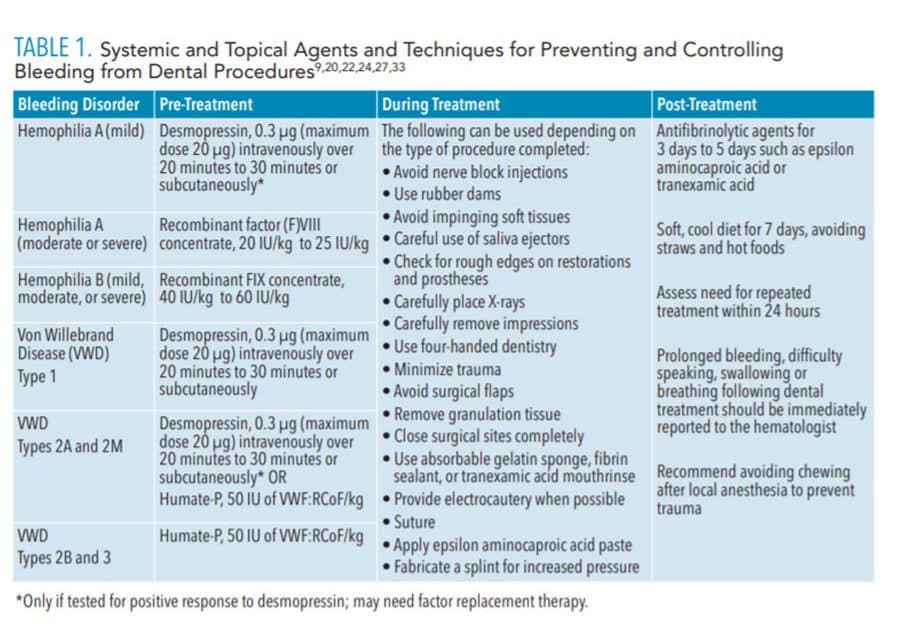 RECOGNIZING A BLEEDING DISORDER IN THE DENTAL CHAIR

Intraoral bleeding is a common symptom of bleeding disorders. Many patients may seek dental care in the event of an oral bleed. Oral health professionals may be the first to recognize the presence of an underlying bleeding disorder, especially with the oral trauma that commonly occurs in young children when learning to crawl and walk.34 Prolonged bleeding following dental treatment, oral trauma, tooth eruption, and tooth exfoliation can be precursors to a potential underlying bleeding disorder. When extensive oral bleeding is noted, the patient should be referred to a hematologist or primary care physician for proper testing.

Patients with bleeding disorders are at increased risk for oral bleeding, oral disease, access to dental care issues, lower OHRQoL, and dental treatment complications. Prevention of oral disease should be a priority. With careful planning, including consultation with the patient’s hematologist, clinicians can ensure safe appropriate treatment for patients with bleeding disorders.

Stefanie VanDuine, RDH, BSDH, MSDH, is a clinical lecturer in the Dental Hygiene Program at the University of Michigan in Ann Arbor. Her research interest focuses on the relationship between oral health and systemic health, especially in those with bleeding disorders. VanDuine can be reached at: [email protected].

Strategies for Safe and Effective Treatment of Patients With Alzheimer Disease

The Hallmarks of Alzheimer Disease 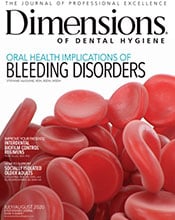