Cannabis Use and Xerostomia

As marijuana use increases in the United States, dental hygienists need to understand its effects on the oral cavity.

Many drugs, including over-the-counter, prescription, and recreational, can produce side effects in the oral cavity. These oral manifestations include xerostomia, taste disturbances, mucosal alterations, and gingival swelling.1

Decreased function can arise from dehydration and interference with neural transmission (most often caused by medication use). There are approximately 1,800 drugs in 80 drug classes with the potential to induce xerostomia (Table 1 and Table 2).2-4 Although the presence of “dry mouth” can be subjective, several clinical studies show that saliva flow is actually diminished among 25% to 50% of patients who complain of xerostomia.5

Research suggests that xerostomia is also a side effect of cannabis use.6 This is not due to the method of ingestion, but rather to the compounds contained in the cannabis.
A 2008 systematic review7 analyzed data from seven studies and concluded that the use of cannabis increases the risk of oral side effects, such as xerostomia, leukoedema, and candidiasis. The analyzed studies showed that the prevalence of dry mouth after smoking cannabis was greater when compared to cigarette smoking controls. The explanation presented is that cannabis is a drug with parasympatholytic effects, which lead to xerostomia. Chronic users of marijuana are at increased risk of caries and periodontal diseases. Persistent dry mouth can also cause premature loss of teeth, and the lack of saliva may interfere with speech, mastication, and overall quality of life.

Cannabis is known world wide by many names (Table 3), and has been used for a variety of purposes since ancient times. The oldest recorded use of marijuana for medicinal purposes comes from Chinese texts around 5,000 years ago. The exact etiology of cannabis is still unknown, but most experts believe it originated somewhere in Central Asia, north of the Himalayan Mountains.8 Cannabinol, a psychoactive substance found in canna bis, was isolated in 1895, and the chemical compound, cannabidiol, was isolated in 1934. The most significant discovery, however, was the isolation of tetrahydrocannabinol, cannabis’ main psychoactive substance, in 1964.9

Cannabis comes from the plant Cannabis sativa (Figure 2). The main ingredient in marijuana is THC (delta-9-tetrahydrocannabinol), but more than 400 other chemicals are also present in the plant. Cannabinoids are most concentrated in the leaves and flowers, which are used to make medicinal formulations and for smoking. THC affects the central nervous system, provoking individual responses ranging from euphoria and relaxation to anxiety. Many studies have been conducted on the use of marijuana, and positive medical effects have been determined.

Cannabis use has garnered more attention in recent years as 16 states and the District of Columbia have enacted laws to legalize it for medical purposes—although its use in plant form is still prohibited by federal law (Figure 1).10,11 Other countries, such as Canada, permit its medicinal use.12

THC is available in a pill form by prescription (Marinol, Nabilone), and is approved by the United States Food and Drug Administration for the treatment of weight and appetite loss due to acquired immune deficiency syndrome and for nausea and vomiting caused by cancer chemotherapy.13,14 Marinol contains a synthetic version of THC, while Nabilone uses an engineered THC analogue.15

Cannabinoids from marijuana may also be effective in the treatment of chronic pain.15 Extreme sleepiness and other central nervous system effects, however, make cannabinoids less desirable as painkillers. Other marijuana-derived cannabinoids have been used orally to treat symptoms of multiple sclerosis.13 In fact, a cannabinoid oromucosal mouth spray is currently undergoing Phase III trials for approval in the US.16

Table 4.Signs of marijuana use.19

Recreational marijuana smokers often experience dry mouth or “cotton mouth.” Smokers also experience an increase in heartbeat. In medical smoking of marijuana, users self-report the same feelings of dry mouth and excessive thirst, but the side effects are reported as minor and rarely interfere with daily activities.16

Researchers indicate that smoking marijuana is not the sole cause of dry mouth among cannabis users. Saliva flow is significantly reduced among those taking pillbased cannabinoids as well. Water or other liquid beverages seem to bring instant relief. As with any other drug-induced xerostomia, normal salivary flow returns when the medication is discontinued.17

Chronic xerostomia leads to increased caries risk, usually in areas not traditionally prone to decay, such as cervical margins of the teeth. The effects of xerostomia on soft tissue vary. The oral mucosa may appear pale and dry. The tongue will be fissured and lobulated, and an increase in candidiasis is noted. Cheilosis and fissuring of the lips, as well as swelling of the salivary glands, could be present. The lack of sufficient saliva levels can impact the edentulous mouth also, causing difficulty in the retention of dentures.18

Despite the controversy that surrounds marijuana use, clinicians will encounter patients who use it either medicinally or recreationally, and the oral side effects that accompany its use. Table 4 provides a list of signs of marijuana use.19

The use of sugar-free gums, hard candies, and mints increase salivation and may provide relief of symptoms.20,21 The inclusion of polyols, such as xylitol and sorbitol, in gums, candies, and lozenges, may help inhibit caries development.21,22

Patients should be advised to avoid citrus-based drinks and food because they increase the risk of caries.21,23 Adhering to a low cariogenic diet and following an effective oral health care regimen that includes fluoride exposure are also key to inhibiting caries in patients with dry mouth.21Patients should be advised to avoid using products that contain sodium lauryl sulfate (SLS), because of its denaturing properties.21,24 Beverages and mouthrinses containing alcohol should also be minimized because of their drying effects on the oral cavity.21,22 Routine professional dental care is another key component to maintaining oral health in patients experiencing xerostomia. To alleviate the symptoms of xerostomia, saliva substitutes can be recommended. They are available over-the-counter in gels, sprays, chewing gum, and dentifrices.21,25

The use of cannabis, both medicinal and recreational, is growing. The National Survey on Drug Use and Health reported that in 2009, 16.7 million Americans age 12 years and older used marijuana at least once in the month before completing the survey—a significant increase from polling conducted between 2002 and 2008.26 Dental professionals need to perform a comprehensive evaluation on all patients to determine their risk of xerostomia and other oral health issues.

Analia Veitz-Keenan, DDS, is a clinical associate professor of oral and maxillofacial pathology, radiology, and medicine, and director of the admissions clinic at New York University (NYU), College of Dentistry, New York. Veitz-Keenan maintains a general practice in Brooklyn, NY, and is part of the Practitioners Engaged in Applied Research and Learning (PEARL) network, a group of dental professionals who conduct cutting-edge research that is sponsored by the National Institutes of Health. 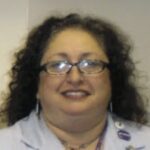 Debra Ferraiolo, DMD, FAGD, is a clinical assistant professor of oral and maxillofacial pathology, radiology, and medicine at NYU, College of Dentistry. Ferraiolo has a restorative and cosmetic practice in Totowa, NJ, and is also part of the PEARL network.

Sealants A to Z 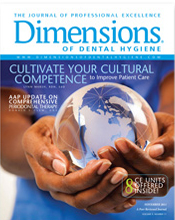