As the legality of nondental providers offering tooth whitening treatment varies by state, dental hygienists are charged with educating patients so they can make informed decisions when considering this common esthetic treatment.

Tooth whitening is one of the most common cosmetic procedures performed today. It encompasses an $11 billion industry that includes a wide array of bleaching options.1 Many consumers choose to perform whitening treatment on their own, using over-the-counter methods or visiting walk-in clinics. Freestanding whitening kiosks within shopping malls or salons and spas are popular places for consumers to receive whitening treatments, which are frequently administered by nondental providers. The cost of whitening treatment provided outside of the dental office is often significantly less than dentist-supervised options.

What consumers may not know is that nondental providers typically use a bleaching solution that is lower in concentration (10% carbamide peroxide) than the whitening treatments provided in dental offices, which include 25% to 40% hydrogen peroxide.2,3 In many cases, employees providing whitening services in malls and salons are not adequately trained in dental sciences. Services typically include a personalized tray, whitening solution, and a light source.4 The low concentration of whitening agent coupled with the activated light dry out the teeth, making them appear drastically whiter after the initial treatment. This may increase patient satisfaction, but the results last approximately 7 days. Once the teeth rehydrate, a drastic reduction in whiteness and brightness occurs, resulting in a duller appearance.5

While whitening treatments are typically safe, there are possible side effects. The most common is dentinal hypersensitivity, which may be a short-lived or long-lasting effect. There is also the risk of tissue trauma due to ill-fitting trays and overfilling of trays, which expose the oral mucosa to the whitening agent for an extended time.6 Irreversible tooth damage—such as internal and external root resorption, which may not be diagnosed until years after the whitening procedure was administered—can be caused by over-whitening the tooth structure or improper whitening technique.

Overexposure to whitening can also lead to solubility in fillings, causing them to break down or leak mercury in the case of amalgams.7 These conditions, if left unaddressed, can lead to tooth loss. When tooth whitening is applied in a dental office, the risk of such side effects is reduced and patients can be screened for other oral health problems, such as dental caries and periodontal diseases. Consumers should be well aware of the benefits vs risks when undertaking tooth whitening treatment.

The final ruling by the Supreme Court also stated that the board cannot make decisions that directly impact the majority of its members’ best interests. As six of the eight board members are practicing dentists, they were found to be in violation of United States anti-trust laws. The members of the state board, who are elected by their peers, have no ruling or influence over state legislators. By sending out letters, the board acted as a group of private practitioners, and not as a governing agency. According to the Supreme Court, this displayed an inability to separate private interests from the public demand and need for treatment.4

Debate concerning the validity of nonprofessionally administered whitening products has been ongoing over the past few years, with many states changing their regulations regarding who can legally provide whitening treatments. According to the North Carolina ruling, the forceful closing of local kiosks and salons that specialize in whitening is “demand control” performed by the state board. Limiting the number of locations that allow whitening procedures enables state dental boards to directly control the competition in this market, effectively equating to price fixing.8

One consequence of the North Carolina ruling is that it may discourage medical professionals from serving on state boards.10 The judgment in favor of the FTC creates the potential for ethical questions to be answered by judges instead of a profession’s governing body.11 In a dissenting opinion, Supreme Court Justice Samuel Alito wrote, “As a result of today’s ruling, states may find it necessary to change the composition of medical, dental, and other boards, but it is not clear what sort of changes are needed to satisfy the test that the court now adopts.”12 This could change the makeup of all professional regulating boards, possibly leading to the establishment of multidisciplinary boards, in which members have different yet vested interests in the development of a profession.

PENDULUM SWINGS THE OTHER WAY

Safety is key when considering who can administer whitening treatment, and many states restrict the ability of nondental providers to offer such services. A recent ruling by a federal appeals court supported a Connecticut law that prohibits nondental providers from using a light-emitting diode (LED) for tooth whitening procedures, imposing high fines and even jail time for those who do not comply.13 The case was brought by Sensational Smiles, a company that offers whitening services outside of dental offices. The company sued over the regulation that only dentists could use an LED during whitening procedures, citing a violation of equal protection under the US Constitution. The court determined that the rule did not violate equal protection because some evidence shows that LED lights can harm consumers. Similar laws prohibiting tooth whitening by nondental professionals are under challenge in Alabama and Georgia.13

Dental hygienists are well positioned to counsel patients about the benefits and risks associated with whitening procedures. It is the professional obligation of dental hygienists to remain up to date on current trends, procedures, and legislation that may impact care.

Kaitlin Karalunas, RDH, PhDHP, BS, is an instructor of dental hygiene at the Fortis Institute. She is also a graduate student at St. Francis University in Loretto, Pennsylvania. Karalunas research interests include public health, access to care, and ethics. 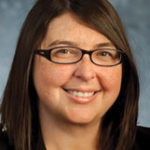 Laura J. Sleeper, RDH, DHSc, is the program director for the Plaza College Dental Hygiene Program, the first dental hygiene program in Queens and the first in New York City in 27 years. She is an active member of her component as a board member of the Dental Hygienists’ Association of the City of New York. Sleeper’s interests include interprofessional education, expanded duties for dental hygiene practitioners, and promoting a sense of ownership and community dental health responsibility among dental hygiene students.

Is fluoride varnish contraindicated for patients who have a peanut or tree nut allergy? 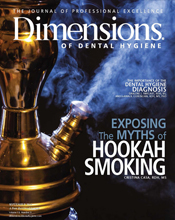