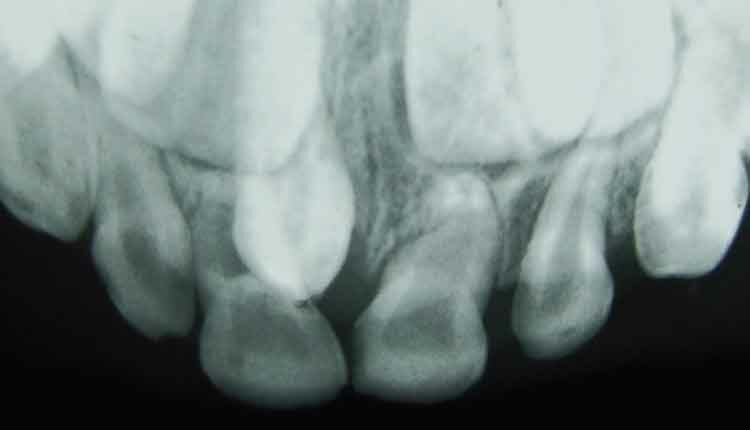 By Becca Taylor, AS, Leciel Bono, RDH-ER, MS and JoAnn Gurenlian, RDH, MS, PhD, AFAAOM On Sep 22, 2021 0
PURCHASE COURSE
This course was published in the September 2021 issue and expires September 2024. The authors have no commercial conflicts of interest to disclose. This 2 credit hour self-study activity is electronically mediated.

Supernumerary teeth (ST), or hyperdontia, are a developmental anomaly defined as any teeth or tooth structure outside of the normal series of deciduous or permanent dentition.1,2 These teeth can be unilateral or bilateral and single or multiple. They may involve both arches and can be associated with both deciduous and permanent dentitions.1–3 Ectopic eruption of teeth into the dental environment is common; however, ectopic eruption of a tooth in other sites is rare. Cases of ectopic ST have occurred in the nasal cavity, maxillary sinus, palate, mandibular condyle, coronoid process, orbit, and chin.4­­–11 This article provides an overview of ST and ectopic teeth as well as a case report of a supernumerary ectopic tooth in the maxillary right sinus.

In general, the prevalence of ST in the deciduous dentition is between 0.2% and 0.8%, while the prevalence of ST in the permanent dentition is between 0.5% and 5.3%.1 ST are more common in men with a male-to-female ratio of 2:1. These teeth tend to present more frequently in the maxilla.12 ST are seen more often in the midline region with men and the incisor region among women.13

The etiology of ST is multifactorial, and multiple theories only partially explain their formation. Theories regarding ST etiology include:12–16

Hyperactivity of dental lamina is the most commonly accepted etiology; however, the role of genetic or environmental factors in causing the hyperactivity is still unknown.12

Although ST can be idiopathic and occur sporadically, most cases are related to syndromic diseases with familial heredity. Idiopathic ST presents as a single tooth approximately 80% of the time while 15% to 20% of cases demonstrate two ST. Three ST are present about 3% to 4% of the time and more than four ST occur less than 1% of the time.12,17,18 Inheritance patterns of genetic diseases with ST include autosomal dominant (AD) nonsyndromic, autosomal recessive, or an X-linked chromosome (XL).19–22

Multiple supernumerary teeth are rare and often manifest in syndromic genetic diseases such as:13,19,20,22,23 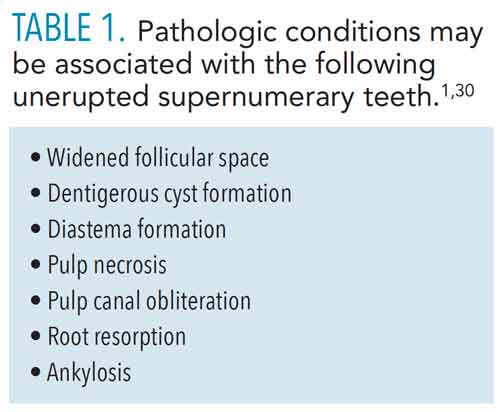 An evaluation of current literature suggests the genetic association with Ehlers–Danlos syndrome and Fabry–Anderson syndrome is weak.20 In addition, two rare diseases have suspected ST associations, Kreiborg–Pakistani syndrome and Ellis–van Creveld syndrome; however, more research is needed to confirm a positive correlation. Individuals with nonsyndromic cleft lip and cleft palate also have a greater incidence of ST.22–24

Ectopic teeth are not uncommon, and are most often formed in the palate and maxillary sinus.25,26 These teeth are present across the lifespan from children to older adults.27,28 The prevalence of ectopic tooth eruption is unknown, and the mechanism of ectopic tooth formation is still not fully understood. Possible etiologies include trauma, embryonic factors involving different stages of tooth development, atavism, and genetic and developmental abnormalities.13,25,27,29

A recent longitudinal case study surmises that ectopic tooth eruption is a gradual process of mineralization and is genetically regulated independent of normal tooth development.25 In this study, the patient presents with an ectopic tooth in the maxillary sinus. During a 6-year follow-up period, scans reveal the development of an additional supernumerary ectopic tooth that gradually mineralizes from the crown to the root after adolescence. This suggests that a congenital bone defect remaining after embryonic development in the maxillary sinus may serve as the germinal center for the ectopic tooth, and gene regulation is activated at a different time than normal tooth eruption.

ST are classified based on their position and morphology. Positional variations include mesiodens, paramolars, distomolars, and parapremolars. The frequency of occurrence based on position varies according to different studies.30 Classification of ST based on morphology is associated with two types: normal shapes and sizes or eumorphic, and abnormal shapes and sizes, or dysmorphic. Dysmorphic ST present in particular forms such as conical, tuberculate, infundibular, or molariform.

Unerupted ST may be related to pathologic conditions (Table 1).1,30 Most ST are asymptomatic; however, some ST erupt in the oral cavity. These teeth either erupt normally, are inverted, or become im­pacted. Other complications include malpositions of teeth, root changes, development of dentigerous cysts, increased caries risk, loss of vitality of adjacent teeth, elevated risk for periodontal diseases, and occlusal disturbances.2,12,30,31 ST may also interfere with bone grafting and implant placement.3

Ectopic ST may be asymptomatic or present with a variety of signs and symptoms, such as nasal obstruction, rhinorrhoea, nasal congestion, pain, chronic inflammation, persistent discharge and crusting, nasal bleeding, septal abscess and fistula formation, and external nasal deviation. These symptoms can be long-standing, recurrent, and unresponsive to systemic therapy with antibiotics and corticosteroids.24–32

Clinical considerations for differential diagnosis of ectopic ST include compound odontoma, complex odontoma, and dentigerous cysts. Compound odontomas resemble a small collection of teeth and are usually found in the maxillary area, while complex odontomas are a mass of enamel, dentin, cementum, and pulp typically found in the mandibular region.33–35 In most cases, ectopic ST are found in the periapical regions, but in rare instances, they may be found radiographically in the maxillary sinus.36 These masses are opaque in nature, resembling a toothlike structure and may be accompanied by a radiolucent halo.35

Dentigerous or follicular cysts are the second most common odontogenic cysts, and are the most common developmental cyst of the jaws. These cysts are found surrounding the crown of an unerupted tooth and are attached to the tooth cervix at the cementoenamel junction. They present as well-defined unilocular radiolucencies with displacement of the unerupted tooth on occasion.35

Diagnosis of ectopic ST or ST requires the following:1,3,12,37

Three-dimensional CBCT scan technology decreases the patient’s exposure to radiation and provides an accurate view of internal and external structures on a 360° axis prior to surgical removal.38 Early diagnosis of ST can be important as they may be indicative of syndromic and genetic diseases. As such, a referral for genetic counseling and further medical evaluation should be considered.

The management of ST is dependent on the type, location, and potential complications such as delay in eruption, displacement of teeth, presence of pathological lesions, occurrence of radicular resorption, or eruption of the ST.39 Surgical excision is the treatment of choice for ST, however, this approach may be hindered by the presence of surrounding oral structures. Currently, there is no clear consensus on the appropriate time to remove ST.12

Multiple surgical approaches are used to remove ST, with the most common being palatal-lingual, as most ST are located in a lingual position.40 However, other methods may be appropriate such as when ectopic ST erupt into the sinus. The Caldwell-Luc procedure is recommended for this extraction.41–43 It is performed with a vestibular incision from the lateral incisor to the second molar. An osteotomy is made, gaining access to the maxillary sinus for extraction of the ectopic ST.41

Nasal endoscopy can also be used in the removal of an ectopic ST to minimize post-operative discomfort.44,45 Nasal cavity ventilation expansion surgery is another method to extract the ectopic tooth.25 The prognosis for surgical access and removal of ectopic ST or ST is good. Full recovery and elimination of symptoms are typically observed.41–43

A 16-year-old white female adolescent presented for a regular dental visit in 2021. She had no major surgeries or any known medical complications. The patient did not take any medications or supplements, and did not have any allergies. She had been routinely seen at her dental home and a panoramic radiograph was recommended to note the development of the third molars. A review of the clinical exam and radiographs revealed conservative dental restorations on the mesial of #3 and the occlusal of #19. No other significant dental findings were noted from previous visits.

Upon radiographic exam, a unilocular corticated mixed lucent-opaque lesion was found lateral to the nasal cavity in the maxillary right sinus (Figure 1, page 28). The lesion was not present on intraoral examination, nor did the patient report that she was experiencing any symptoms of the ectopic ST. Ectopic ST eruption in the maxillary sinus can be discovered accidentally during routine dental radiographic or clinical evaluation because it is usually asymptomatic.41

The patient was advised that the ectopic tooth would be observed, as it caused no discomfort. The future treatment plan includes the dentist removing the ectopic ST when the wisdom teeth are extracted. The patient and her guardian gave consent for these planned procedures.

Supernumerary and ectopic teeth are distinctive disorders that are more common in men, in the upper maxilla, and in the permanent dentition. Complications may include impactions, delayed eruptions, recurrent sinus infections, and formation of other pathologies. Treatment of ST and ectopic ST depends on their type, position, and potential for complications. Early diagnosis and evaluation for genetic health conditions are important for comprehensive, patient-centered care. 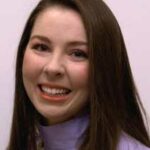 Becca Taylor, AS, is a senior in the Bachelor of Science Dental Hygiene Program at Idaho State University (ISU) in Pocatello. She can be reached at: [email protected].

Leciel Bono, RDH-ER, MS, is an assistant professor and graduate program director in the Department of Dental Hygiene at ISU. She specializes in advocacy and interprofessional education experiences for dental hygiene students. Bono also serves as the president elect for the Special Interest Group on Graduate Dental Hygiene Education for the American Dental Education Association. 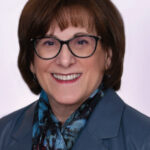 JoAnn Gurenlian, RDH, MS, PhD, AFAAOM, is the director of education and research at the American Dental Hygienists’ Association and professor emerita in the Department of Dental Hygiene at ISU. Gurenlian is also a member of Dimensions of Dental Hygiene’s Editorial Advisory Board.

Support the Health of Patients With Type 2 Diabetes

Caring for Patients With Psoriasis

The Relationship Between Porphyromonas Gingivalis and Systemic Disease 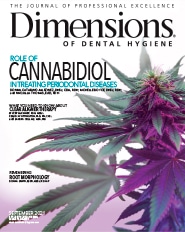