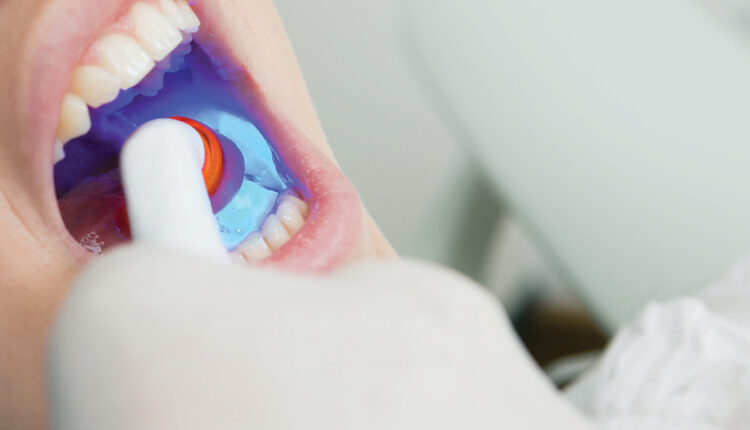 Pit and fissure sealants are an important part of a comprehensive caries prevention plan.

Dental hygienists play an important role in the detection, management, and prevention of dental caries.1 A comprehensive caries prevention plan should include the placement of pit and fissure sealants, as sealants significantly decrease the risk of caries in children and young adults. Dental hygienists should be knowledgeable in dental caries prevalence, the mechanisms and use of sealants, techniques that improve sealant success and retention rates, and treatment planning recommendations.

Dental caries is an infectious oral disease characterized by the demineralization and breakdown of enamel and dentin.2–4 The deterioration of enamel and dentin can lead to orofacial pain, systemic infection, and the need for restorative intervention. According to the United States Centers for Disease Control and Prevention, dental caries is the most common chronic disease affecting children between the ages of 6 and 19.5 The National Health and Nutrition Examination Survey found that the prevalence of tooth decay actually increased with age, showing 21% of children ages 6 to 11 experienced a carious lesion compared with 67% in those ages 16 to 19.4 Additionally, 90% of adults experience caries before the age of 30.3 As caries in the primary dentition correlates with an increased risk of caries development in the permanent dentition, dental hygienists need to implement comprehensive caries management and prevention strategies early on to promote lifelong oral health.6

The placement of sealants is supported by the American Dental Hygienists’ Association, American Dental Association (ADA), and American Academy of Pediatric Dentistry..4,7 Despite significant evidence supporting the effectiveness of sealant placement in preventing dental caries, the use of sealant placement in the US is low. Healthy People 2010 set an objective to have sealants placed on 50% of all 8-year-old children in the US.8 However, by 2012, sealants were only placed on 31% of the target population.9

MECHANISMS AND USE OF SEALANTS

Many interventions can help prevent dental caries, such as topical fluoride application, community water fluoridation, reducing the accumulation of oral biofilm, and dietary counseling.9 However, due to the tooth’s anatomical morphology, sealant placement is an integral part of comprehensive caries management.9 This is ­especially true in the posterior teeth that present with more pits and fissures. Pits and fissures have a greater level of biofilm retention, thus, a higher risk of caries development.9 Furthermore, fluoride treatments, modification in diet, and biofilm control are most effective on smooth-surface caries vs decay in the pit and fissures. As an estimated 90% of carious lesions occur in pits and fissures, additional interventions, such as sealants, are vital to prevent tooth decay (Figure 1).10

Sealants are part of both primary and secondary caries-prevention measures (Figure 2). Sealants can prevent the initial onset of caries by providing a physical barrier between cariogenic bacteria and the tooth’s surface.11 This barrier inhibits cariogenic microorganisms and food debris from accumulating in deep pits and fissures, thus, decreasing the likelihood of carious lesion formation. Additionally, a panel study performed by the ADA Council on Scientific Affairs concluded that sealants are not only effective in caries prevention but can also halt the progression of early noncavitated caries lesions and arrest the proliferation of cariogenic bacteria.11 In fact, when bacteria levels were assessed after sealant placement over a caries lesion, the number of viable bacteria decreased by 100 fold and the number of lesions with any remaining viable bacteria were reduced by 50%.11 This reduction in active cariogenic bacteria can decrease future caries development and the need for restorative intervention.

The long-term benefits of sealant placement are also supported by a 2013 Cochrane Review, with results demonstrating that sealing the occlusal surfaces of permanent molars in children and adolescents reduced caries up to 48 months when compared with no sealant.12 Griffin et al13 found consistent evidence from Medicaid databases showing a correlation between sealant placement on permanent first and second molars and reduced incidence of future restorative treatment. These findings parallel private insurance statistics.11 During an 8-year study involving data from Medicaid claims, children who did not receive sealants were three times more likely to need future restorative therapy.13 Furthermore, when restorations were indicated on children who had previously received sealants, the cavity preparation was less extensive, thus preserving more natural tooth structure.11

Depending on the state’s scope of practice, sealants can be placed by dental assistants and dental hygienists. When accounting for procedure time, which provider places the sealant, and supply cost, sealants are more cost-effective than restorative procedures in both private practice and public programs.12 The placement of dental sealants is economically beneficial as they can reduce future restorative procedural costs.11,13 Sealants are considered durable11,14 and provide a relatively long timeframe of caries prevention with a mean survival rate of 5 years.15

Sealant retention is an important factor to consider when evaluating a material’s efficacy.11 To provide the greatest level of protection, sealants should be applied as early as possible and be evaluated for retention at each dental hygiene visit, as retention rates decrease over time.11,14,15

Variables that affect the retention and longevity of sealants have been widely studied. With the exception of moisture contamination risk (although not all sealant products require a dry field), surface pretreatment techniques are one of the most significant factors affecting sealant retention.15 These pretreatment techniques include traditional acid etching, laser preparation, ultrasound preparation, and the use of classical burs to remove debris from pits and fissures.

The use of 37% phosphoric acid etch either exclusively or in addition to another pretreatment technique is the most common technique.16–19 One study did suggest that acid etching does not fully remove debris, which could negatively impact sealant retention.17 However, there is inconclusive evidence that alternative techniques to remove debris—such as air abrasion—improve retention when used alone. In fact, one study showed air abrasion actually decreased retention rates.20 Furthermore, the ADA does not support the routine removal of enamel, such as enameloplasty, via mechanical preparation for sealant placement.11

There are two main types of sealant material based on the reaction that takes place as the material sets: resin-based and glass ionomer.4 Resin-based sealants are light-cured, causing a polymerization reaction to set the material, while glass ionomers have an acid-based reaction. Hybrids of the two materials also exist, contributing to a variety of differences in the material properties, tensile strength, shrinkage rate, ease of application, and fluoride release. A 2016 systematic review stated there was insufficient evidence to provide specific recommendations of one type of sealant material over another.4

Glass ionomer materials bond directly to enamel, increasing the ease of application and alleviating the need to acid etch.11 Glass iono­mer materials also can act as a rechargeable fluoride reservoir after exogenous fluoride application, such as fluoride varnish, and release fluoride into the tooth.24,25 This property may reduce the occurrence of secondary decay. However, glass-ionomer sealants do not offer the same longevity as resin-based sealants.4

The inclusion of bisphenol-A (BPA) in dental materials may be a concern for patients, especially as the marketing of BPA-free products is common. The controversy surrounding BPA is due to its role as an endocrine disruptor with estrogenic activity, which produces estrogen-like properties that can affect the endocrine and reproductive systems.26 Depending on the type and brand of sealant, a transient amount of BPA can be detected orally directly after sealant application. However, there is no evidence of BPA being detected systemically after sealant application.11 Additionally, BPA is metabolized rapidly and excreted in urine.26 If BPA exposure is a concern, a variety of BPA-free sealant materials are available.26

To inhibit bacteria, the compound organo-selenium, which generates super oxide radicals that are toxic to bacteria, is being added to some sealant materials.27 When dental sealant discs containing 1%, 0.5%, and 0.25% organo-selenium were exposed to Streptococcus mutans and Streptococcus salivarius, biofilm formation of both bacteria were inhibited.27 The organo-selenium sealant material did not allow bacteria to adhere to the material or develop underneath it, potentially helping prevent dental caries and plaque formation.27

While a treatment coordinator or business manager may handle the billing for dental practices, as treatment planners, dental hygienists may want to gain some knowledge on this topic, as well. Coverage for sealant placement (CDT code 1351) varies depending on the insurance plan.28 Some insurance policies cover sealant placement for patients up to age 20, while others have age limitations, typically around 14 to 15.29 It is common for both government and private insurance to cover sealant placement only on permanent first and second molars. Premolars and third molars are typically not a covered benefit; however, agencies may grant exceptions in certain circumstances. In most cases, there is no sealant coverage for the primary dentition. Though insurance is an important factor during treatment planning and acceptance, the recommendation for sealant placement should be given to patients with a caries risk regardless of dentition type, age, or insurance limitations.11

Placement of pit and fissure sealants significantly decreases the risk of caries in children and young adults, and should be part of a comprehensive caries management plan. Dental hygienists must continue to advocate for this preventive procedure to increase the numbers of sealants being placed and decrease the prevalence of dental caries. By providing comprehensive care, dental hygienists promote overall health through lifelong oral health.

Lindsey M. Lee, RDH, MS, is an assistant professor in the Division of Dental Hygiene at the University of New Mexico (UNM) in Albuquerque. She has worked in dentistry since 2000 as a dental assistant, practice manager, and dental hygienist. Since joining the university in 2009, Lee has taught didactically and in clinic while actively promoting oral health education through UNM’s Interprofessional Education and STEAM-H (Science, Technology, Engineering, Arts, Math, and Health) programs.

Diana B. Aboytes, RDH, MS, is an assistant professor and senior clinic coordinator in the Department of Dental Medicine at the University of New Mexico in Albuquerque. She is a practicing clinician of 15 years and educator of both graduate and undergraduate courses for the past 8 years. She has also authored chapters in the textbooks Local Anesthesia for the Dental Hygienist and Primary Preventive Dentistry. Aboytes is an active member of the American Dental Hygienists' Association. 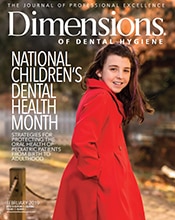