Sharp explorers or periodontal probes guided by touch are typically used to ascertain the clinical presence of calculus. This approach is not as reliable as we would like in assessing tooth surface characteristics. The average percentage of accurate detections of clinically identifiable calculus tends to be affected by clinical conditions and the experience of the clinician. The new DetecTar identifies subgingival calculus by evaluating the root surfaces and detecting differences between calculus and the tooth surface, even in the presence of contaminants.

Nonsurgical therapy, including supra- and subgingival scaling and root planing (SRP), is an effective method of periodontal therapy.1-6 The objective of subgingival instrumentation in periodontally diseased sites is to remove biofilm and calcified deposits and to create a clinically acceptable root surface in order to promote a healing response in the gingival tissues.

Currently, the thoroughness of subgingival root debridement is determined by the degree of smoothness and hardness of the root surface. The clinician traditionally evaluates the SRP product during therapy tactilely with the use of an explorer, periodontal probe, or sharp curette. The clinical response such as reduction in bleeding and gingival inflammation scores, gain in calibrated attachment level (CAL), reduction on probeable pocket depth (PPD), and closure of the pocket if the root is rendered completely free of all deposit, are also indicators of how well the root is instrumented.

Orban7 characterized the periodontal probe as “the eyes of the operator beneath the gingival margin” and, until recently, it was the most widely used tool in periodontal diagnosis and re-evaluation. Ideally, a manual probe should have a tip diameter of 0.33 mm to 0.5 mm and allow easy reading. Since the 1970s, minimal improvements in the general shape and diameter of the periodontal probe have been introduced. Modifications to the forces applied with the probe (spring loaded, computer controlled pressure) were proposed to increase the accuracy of the probing. However, the ability to clinically detect initial and residual subgingival calculus using subjective tactile sense with a probe or explorer has come into question many times.

In a review of the literature published in the 1996 World Workshop in Periodontics,2 the percentage of surfaces exhibiting residual calculus after scaling and root planing by experienced clinicians without surgical access ranged from 17% to 69%. The studies demonstrated a direct correlation between increasing probing depth and increasing percentage of root surfaces exhibiting residual calculus after treatment.

Sherman et al8 evaluated the ability of clinicians to detect residual calculus following subgingival scaling and root planing. In their study, three periodontists compared clinical and microscopic methods of calculus detection and related the calculus detection to gingival healing. The results obtained by the examiners in their ability to detect calculus after instrumentation was low. Microscopically, 57.7% of all surfaces had residual calculus while, clinically, only 18.8% were determined to have calculus. It appeared that the calculus left behind following thorough instrumentation was difficult to detect clinically. The degree of gingival healing showed some relationship to the presence of residual calculus determined clinically, but not to calculus observed microscopically. Other studies show that even with experienced clinicians, residual calculus is often found after closed debridement in relatively high percentages especially in deeper pockets, posterior teeth, at the cemento-enamel junction, in grooves, concavities, and furcation areas.3,4

The development of new techniques, which may lead to more objective data and, eventually, to a more accurate periodontal diagnosis, is long overdue. The ability to detect etiological factors in periodontally active sites is of considerable benefit and could result in more rational therapy and increased benefits of treatment. In order to help clinicians diagnose the presence of subgingival calculus, a new automated detecting device, the DetecTar (made by NEKS Technologies Inc, Lavan, Quebec), was developed (Figure 1). The DetecTar is a subgingival calculus optical detection system and it is currently awaiting Food and Drug Administration approval.

The DetecTar is used like a conventional periodontal probe, using a 10°-15°angulation with slow vertical sweeping strokes along the root surface (Figure 2). The diameter of the DetecTar probe is the same (0.45 mm) as that of a conventional probe, allowing the clinician to perform the examination as usual. In the presence of subgingival dental calculus, the unit beeps and flashes a small green light.
This device is based on the ability to identify the characteristic optical signal of dental calculus. This new technology was not possible until very recently and relies on the latest development of light emitting diodes (LEDs) and the possibility of manufacturing LEDs of extremely narrow wavelength bands (20-40 nanometers). Dental calculus demonstrates a specific spectral signature (absorption, reflection, and diffraction of calcified structures are like finger prints) when illuminated with a specific selection of wavelengths. This spectral signature is different from that of other healthy structures such as dentin, cementum, soft tissues, subgingival fluids, and blood. The spectral signature of calculus remains constant for all subgingival calculus deposits. It is not affected by thickness (thin veneers or large ledges), surface quality (burnished or uninstrumented), or various degrees of mineralization.
An LED light is shined from the tip of the probe (Figure 3). The light returned off the root surface is picked up by a fiber optic lead and converted into an electrical signal for analysis. A computer-processed algorithm determines whether the probe is in contact with dental calculus and activates both an auditory and light signal to notify the clinician of the presence of the calculus (Figures 4 and 5).

In the past, dental calculus detection was performed manually and depended on the clinician’s expertise, experience, and dexterity. The DetecTar is an objective method to identify dental calculus even in the presence of contaminants like saliva, water, plaque, or blood. A study conducted at McGill University Dental Research Centre, Montreal, Quebec, by Mervyn Gornitsky, DDS, demonstrated the efficacy of the DetecTar. Three experienced clinicians performed blind controlled in vitro evaluations of 150 extracted periodontally involved teeth. The results showed not only that the DetecTar was ~91% efficient at detecting calculus; it also standardized the quality of detection from one operator to the other, which differs from conventional probing where results vary considerably depending on the expertise of the clinician.

The DetecTar significantly outperformed (up to three times more efficient) the classic method of calculus detection with the manual periodontal probe. Its use standardized the quality of detection among clinicians and was most efficient when subjective clinical judgment was avoided.

Dental calculus is calcified dental plaque (biofilm), composed primarily of calcium phosphate mineral salts deposited between and within remnants of formerly viable micro-organisms.9 Calculus is a known plaque retentive factor. Teeth with calculus show significantly higher rate of attachment loss than teeth without calculus.10 Reducing the existing volume of calculus on the root surface is directly related to a reduction of the surface-associated microbial plaque and, therefore, to a reduction of the amount of bacterial virulence factors. Consequently, removing all elements that may provoke inflammation and prevent the re-establishment of periodontal health from the tooth surface remains our primary goal in periodontal therapy.
A myriad of studies attest to the efficacy of root planing in the management of periodontal disease, and the traditional view that persistent subgingival calculus contributes to the chronic nature of periodontal disease remains valid.1,5,6,11 The main problem thus far is in identifying when all calculus has been removed and when a satisfactory end point has been reached.

One of the goals of periodontal probing is the detection of etiological factors such as calculus, defective margins, root erosion, and pocket dimensions.12 Depending on the type of probe used, the probing forces, and the level of inflammation of the periodontal tissues, the accuracy of probing can be severely affected. In spite of errors in clinical probing, this diagnostic procedure is not only the most commonly used, but it remains the most reliable parameter for the evaluation of periodontal tissue health.

Root instrumentation until the surface feels hard and smooth upon probing is the current standard but this method relates only to surface texture, not to the adherent materials such as plaque and calculus. This may lead to over-instrumentation and extensive removal of root cementum and dentin resulting in unnecessary root surface damage. More recently, the introduction of the dental endoscope has brought new light to evaluating root surfaces. Evidence suggests that removal of root surface may not be necessary, but that removing all calcified accretions from the root surface is necessary to enable optimal postoperative healing.14 In practice, however, the concept of removing all subgingival calculus and contaminated cementum (as evaluated microscopically) is unrealistic and possibly unnecessary. It is essential to differentiate between microscopic and clinically detectable residual calculus deposits. This differentiation is not always evident when reviewing articles in the literature, thereby, making conclusions difficult to draw. Generally, it appears that despite the presence of microscopic aggregates of residual root calculus, if clinically detectable calculus (with the DetecTar or the dental endoscope) is removed, gingival wound healing will occur. Ideally, debridement should be able to achieve a clean biologically acceptable root surface that is not damaged.

The advent of an objective method of detecting calculus provides us with a new dimension in periodontal therapy. Ultrasonic debridement to completely remove accretions such as plaque and calculus without removing root substance5,15 in conjunction with the DetecTar to accurately identify the presence and location of residual subgingival deposits and the use of specific targeted hand instrumentation with curets will provide a more effective and conservative method of treatment.

In daily clinical practice, the DetecTar can be used in several ways:

The DetecTar probe was developed to evaluate the surface of roots and to detect differences between the calculus and the tooth surface. DetecTar identifies subgingival calculus with an efficacy of ~91% in pockets of up to 10 mm depth, even in contaminated areas (blood, water, and plaque). Calculus should be removed from periodontally involved root surfaces but numerous reports attest to the difficulty of achieving this goal. An instrument that can objectively detect subgingival deposits is likely to improve the objectives of subgingival debridement by allowing more accurate detection of residual calculus deposits and the establishment of a reliable end point to periodontal therapy.

The author would like to thank Daniel Fortin, DMD, MS, professor, Department of Dental Medicine, University of Montreal, Quebec, for his much appreciated and valued participation in the writing of this article. 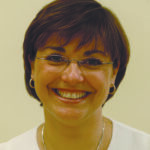 Véronique Benhamou, DDS, is the coordinator of Clinical Periodontology and assistant professor at McGill University Dental School, Montreal, Quebec. She is also a scientific consultant to NEKS Technologies Inc. 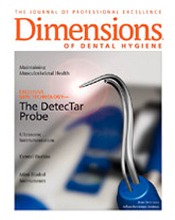