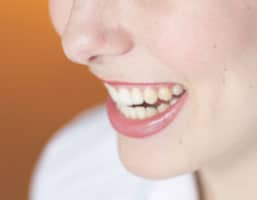 Dimensions of Dental Hygiene speaks with Harald O. Heymann, DDS, MEd, about the safety and efficacy of tooth whitening.

Q. You and Van B. Haywood, DDS, first introduced nightguard vital tooth whitening for patients.1 What do you think is the biggest advancement in whitening over the years?

A. Beyond the actual development of tooth whitening, I believe the most significant advancement has been the documentation of safety and efficacy. In the early days, the safety was questioned even though we were using 10% carbamide peroxide that contained only 3% hydrogen peroxide. The concern was about the possibility of oxidative stress, production of free radicals, and, ultimately, mutagenic effects, eg, cancer.  Since then, literally hundreds of millions of teeth have been whitened with not one credible report in the literature of any carcinogenic effects. More important, a multitude of clinical trials have been done—all validating the safety and efficacy of whitening.

Q. Which whitening approach works best?
A. The bottom line is that bleach is bleach. Whether a low concentration of bleach is used with an extended exposure time, like with nightguard bleaching, or a higher concentration (20% to 35%) hydrogen peroxide is used in a shorter treatment duration, such as during in-office treatments, the mechanism of action is still the same. All bleaching treatments work through the oxidation and removal of organic pigments or chromogens in the tooth. This is what results in whitening. Bleaching is really very simple. The most important factors regarding efficacy are the concentration of the bleaching material and the duration of the exposure.

Hydrogen peroxide materials also are commonly used in higher concentrations for in office techniques. In-office materials can range from 20%-35% hydrogen peroxide. The beauty of today’s materials is that most of them are gels and pastes. For this reason, the application of these materials can be better controlled than the earlier liquid versions.  Nonetheless, isolation of the teeth to be bleached in-office should still be accomplished either with a rubber dam or with some paint on isolation material to protect the soft tissues.  Bleaching teeth in-office also generally requires multiple treatment appointments.2  Rarely will just one in-office treatment result in optimal whitening. Hydrogen peroxide is also used in over-the-counter (OTC) products, like Crest Whitestrips and Colgate Simply White. Through a controlled dose delivery system, OTC products like this have been deemed very safe when used according to the manufacturer’s instructions. Considerable research has been done by Procter & Gamble and Colgate to document the safety and efficacy of their OTC products.

Q. Is tooth whitening safe?
A.Overall, contemporary tooth whitening procedures appear to be relatively safe when administered according to the manufacturer’s instructions, which do not advise treatments beyond a few weeks. There are some extended clinical studies by Haywood and others that looked at whitening treatment under dentist’s supervision of patients who had tetracycline stains, in which the treatment time was approximately 6 months.3 No clinically significant problems were noted. Recently, a 7 1/2-year retrospective study on this same treatment population showed no long-term adverse effects.4 Although this study included a relatively small sample size, it nonetheless is one of the first to document long-term safety of tooth whitening.

I still have concerns about patients who may abuse these techniques and overuse whiteners for months or years, especially without the supervision of a dental professional.  We simply don’t know what the long term adverse effects may be when these products are abused or overused. However, dozens and dozens of clinical trials conducted over the past 20 years have demonstrated that these products are indeed quite safe and effective when used properly.

Q. Regarding the health of the teeth or tissues, are there any differences in any of these whitening methods?
A. Generally, the lower the concentration of the hydrogen peroxide, the lower the incidence of side effects. But even with higher concentration materials, there is no evidence in the literature of any irreversible pulpal effects to date with a tooth that is otherwise healthy. If patients have very sensitive teeth or the pulpal health is questionable, they need to consult their dentist first.

Q. How can you best treat sensitivity associated with whitening?
A. With patients prone to sensitivity, a lower concentration of bleaching material should be used, ie, 10% carbamide peroxide vs 15% or 20%. Also, bleaching materials containing neutral sodium fluoride or potassium nitrate are available that are designed for patients with sensitive teeth. A study by Tam showed that bleaching formulations containing neutral sodium fluoride and potassium nitrate can significantly reduce the incidence of sensitivity.5  Apotassium nitrate desensitizer can also be used in the bleaching tray according to the manufacturer’s instructions prior to applying the whitening agent to reduce sensitivity.

Dental professionals can also adjust the exposure time to be consistent with patients’ comfort level. For example, instead of wearing the nightguard with 10% carbamide peroxide all night long, they may start out wearing it for just 30 minutes to an hour in the evening.  If they tolerate an hour, then perhaps all night wear is the next step. Whitening results are achievable even if the tray is worn 30 minutes to an hour each evening. The desired result may take longer to achieve, but the incidence of sensitivity is less.

Q. When is tooth whitening contraindicated for patients?
A. I don’t recommend tooth whitening if patients already have very white teeth. Patients who have concerns should consult a dental professional before pursuing any whitening treatment. For example, if patients have a number of existing anterior composite restorations or crowns, they may want to check with their dentist before pursuing a bleaching treatment. The presence of restorations can be an issue. Restorations do not whiten intrinsically. A superficial cleansing effect may occur, but they are not going to intrinsically change shade. If patients have anterior restorations that match their teeth, they need to realize that the cost to replace the restorations may far exceed the cost of the whitening if a significant contrast between the shade of their restorations and the new shade of their teeth occurs.

In my opinion, pregnant women or lactating mothers should not begin tooth whitening.  I believe it is simply prudent to avoid elective treatments or medicaments during pregnancy if they are not required for optimal health of the mother.

DISCLOSURE: Harald O. Heymann, DDS, MEd, has served in the past as a consultant to Procter & Gamble and Colgate.

Harald O. Heymann, DDS, MEd, has given more than 750 lectures on various aspects of esthetic dentistry worldwide and received the Gordon J. Christensen Award for excellence as a continuing education speaker. He is professor and graduate program director in the Department of Operative Dentistry at the University of North Carolina, Chapel Hill. He is active in clinical research and participates in a dental practice devoted largely to esthetic dentistry. Heymann is a fellow and past-president of the American Academy of Esthetic Dentistry. 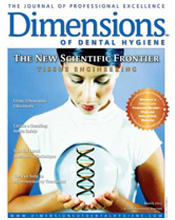