An Evidenced-based Look at Fluoride Varnish

A systematic review of fluoride varnish for the prevention of dental caries in children and adolescents.

First developed and marketed during the 1960s as sodium fluoride and in the 1970s as silane fluoride, fluoride varnishes prolong contact between fluoride and enamel. The effectiveness, ease of application, and relative safety of these products offer significant advantages over other topical fluoride treatments, such as gels and rinses.1-3

Since 2000, several reviews of the use of fluoride therapies in preventing dental caries have been published,4-12 including two evidence-based reports.13,14 The Cochrane reviews14-17 concluded that the professional application of fluoride varnish on children between two times and four times per year would significantly reduce the rate of decay in both deciduous and permanent teeth.14

In addition, an expert panel of the American Dental Association (ADA) concluded that the application of fluoride every 6 months helps prevent decay in children as well. In high risk populations, the ADA states that applying varnish two or more times per year is also efficacious in preventing caries. The organization also notes that fluoride varnish provides a reduction in application time and patient discomfort as well as an increase in patient acceptability when compared to fluoride gel, particularly in preschool-aged children.7

In Canada, the Community Dental Health Services Research Unit of the University of Toronto13 concluded that fluoride varnish and gel are effective and may be recommended. The research unit did not find varnish to be superior to gel, however, it did note potential but unsubstantiated cost savings provided by fluoride varnish.

The Efficacy of Fluoride Varnish

Moberg Sköld et al21 found that the monthly application of fluoride varnish (for 8 months per year) was the most effective preventive regimen (compared with three times a year within 1 week or semi-annual applications) for a group of 13- to 16-year olds from three different communities (with high, medium, and low socioeconomic status, respectively). However, over the 3-year follow-up period, application of fluoride varnish every 6 months was the most costeffective method for those from the highand medium-risk areas.

A 2-year randomized study of 1,275 children from 20 Native Canadian communities, ranging in age from 6 months to 5 years (13.7% < 1 year old, 24.7% 1 year old, 25.9% 2 years old, 21.6% 3 years old, and 14.0% 4 years to 5 years old)22 found that caries reduction was greater with at least the twice-yearly application of fluoride varnish, yielding a reduction of 18.3% in the decayed, missing, filled teeth (DMFT) index. The study protocol required a minimum of two applications of fluoride varnish per year.

The Effect of Multiple Applications

Research to date has shown no difference in efficacy by using multiple applications of varnish within a short period (eg, three applications within 2 weeks). Moberg Sköld et al21 studied a total of four different protocols in children with different caries risk:

Group 1. Twice a year at 6-month intervals for 3 years for a total of six applications;

Group 2. Three times within a 1-week period repeated over 3 years for a total of nine applications;

Group 3. Eight times per year for 3 years at 1-month intervals during school semesters, for a total of 24 applications; and

The authors concluded that school-based application of fluoride varnish every 6 months is an excellent way of preventing approximal caries in 13- to 16-year-olds who live in areas where there is medium and high caries risk.

According to the risk assessment literature,1,23-28 the best predictor of future caries development is past history or current evidence of caries. Therefore, it is important to determine the level of caries risk and treat accordingly.

Concentration and Method of Application

Several articles have addressed the potential for fluoride gradients to occur within multidose varnish vials.30-32 The gradients are caused by separation of the fluoride out of the varnish. As a result of these observations, single-dose preparations should be used. In addition, the same studies demonstrated the slow release of fluoride for periods of up to 6 months30-32 with the greatest release occurring in the first 3 weeks and more gradual release thereafter. This observation supports the recommendation for twice-yearly application of single-dose preparations with vigorous stirring before application to minimize any separation.

In a Canadian setting, Hawkins and others33 compared the costs and patient acceptance of two methods of professional application of topical fluorides (varnish vs foam) and found that application of varnish took significantly less time and resulted in significantly fewer signs of gagging discomfort than the application of foam. For children 3 to 6 years of age, the cost per varnish application including labor was substantially less.

Kallestal et al34 performed a systematic review of economic evaluations of different forms of caries prevention published from 1966 to 2003. They identified only two original case control studies that included an economic evaluation with 4-year followup. One Swedish study35 showed similar cost-effectiveness between the cases and the control group and a Finnish study36 showed a cost-effectiveness ratio of 1.8 over 4 years in favor of fluoride varnish. Both studies stated that the evidence for the economic value of fluoride varnish application was inconclusive.

Recently, Quinonez et al37 compared the cost-effectiveness of universal application of fluoride varnish at 9-months, 18-months, 24- months, and 36-months with no intervention by medical providers. The fluoride treatment was implemented within a well-child periodic health examination schedule for children aged 9 months to 42 months who were receiving health care through Medicaid. The authors found that the application of fluoride varnish improved clinical outcomes by 1.52 cavity-free months at a cost of $7.18 for each cavity-free month gained per child and $203 for each treatment averted. They concluded that the use of fluoride varnish in the medical setting is effective in reducing early childhood caries among low-income populations but does not save any expense in the first 42 months of a child’s life.

This review has led to the following conclusions:

On the basis of these conclusions, the following strategies are recommended:

This article originally appeared in the February 2008 issue of the Journal of the Canadian Dental Association and is reprinted with permission. To read the original, which includes information about how the systematic review was conducted, visit www.cda-adc.ca/jcda/vol-74/issue-1/73.html.

Amir Azarpazhooh, DDS, MSc, FRCD(C), is a researcher in the Community Dental Health Services Research Unit, Faculty of Dentistry, University of Toronto, Ontario, and a doctoral candidate in the Department of Endodontics.

Making the Most Out of Magnetostrictive Ultrasonic Tips 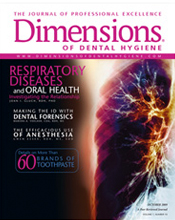