The Tragic Cost of Poor Accessibility to Dental Care

While progress has been made, there is much work to be done to ensure that all Americans have access to professional oral health care services.

At his funeral on March 8, 2007, Deamonte Driver was remembered for his kindness to stray animals, his endless questions, and his ready smile. He was 12 when he died. Doctors said bacteria from an abscessed tooth had spread to his brain. Complications of tooth decay claimed his life. Routine preventive care or timely restorative care might have saved Deamonte. But growing up in a poor Maryland community, not far from the United States Capitol, Medicaid dentists were hard to find.

Deamonte’s mother had been struggling to find adequate dental care for his younger brother when Deamonte got sick. The odds were against her, I learned in my reporting for the story as a staff writer for the Washington Post. Fewer than one in three children in Maryland’s Medicaid program had received dental attention in 2005, the latest year for which figures were available at the time of Deamonte’s death. Fewer than 20% of the state’s dentists were accepting Medicaid, a state dental leader acknowledged.

“Whatever we’ve got is broke,” Arthur Fridley, DDS, the immediate past president of the state dental society told me.1 And the problems were not unique to Maryland.

At the time of his death, Deamonte was one of more than 29 million poor children nationwide who were entitled to dental care under Medicaid. It was care that most of them were not receiving. In the wake of the news, Congress held hearings. Lawmakers demanded better performance from Medicaid dental programs across the country. In Maryland, an effort was launched to fix the state’s dysfunctional system. Jane Casper, RDH, a dental hygienist, was tapped to lead the initiative.

Dental hygienists in the state had been pushing for a measure that would allow them to see patients in public health settings, such as clinics, schools, and Head Start Centers, without the direct supervision of a dentist. But dentists had pushed back. “I think they were fearful that dental hygienists were going to go out on their own,” Casper said.1

Following the tragedy, however, a public health dental hygienist measure won approval from the state legislature. It became part of a package of reforms credited with dramatically improving children’s access to Medicaid dental services in Maryland. Access rates for poor children have improved nationally, too, since Deamonte died. Still, fewer than half of children covered by Medicaid got any care one recent year, federal figures show.1

Untreated disease is not only a burden for the young. Overall—due to poverty, inadequate coverage, and provider shortages in low-income rural, urban, and minority communities—it is estimated that roughly one third of Americans face significant barriers to obtaining dental services. 1 Working on a book, Teeth: The Story of Beauty, Inequality, and the Struggle for Oral Health in America, about America’s oral health care system, I learned that an anguished debate over the nation’s unmet dental needs has recurred over generations. Advocates have fought for reforms that would allow midlevel oral health practitioners to help address needs. Dental organizations have opposed them. They have raised concerns about second-class care. They have also defended the professional authority of dentists and the marketplace for dental services.

In reporting for my book, I found that like today, a century ago millions of Americans lacked access to routine dental care. But in the spirit of those times, Connecticut dentist Alfred Fones, DDS, and his cousin and chairside assistant Irene Newman developed a response. First in their own office and then in a school that Fones founded, they created a system to train a new kind of dental worker to provide preventive services. Some of those first dental hygienists went on to work in private practices. Others found jobs in a growing system of school health clinics, bringing care to children who would otherwise go without.

But in the years after World War I, a different mood settled over the nation. Amid fears about the global spread of communism, American medical and dental leaders militated against the idea of “state medicine.” “Dental hygiene propaganda” was denounced as a threat to the private practice system. School health clinics closed.1

But the unmet medical and dental needs of the young came back to haunt the country. After the 1941 bombing of Pearl Harbor, military recruiters concluded that as many as one third of the men called up were not healthy enough to serve. In the first draft alone, 200,000 of the 1 million men examined were disqualified due to dental defects.

Alarmed by the findings, in 1946, Congress took up efforts to expand access to health care through a national insurance program. Dental leaders who came to Capitol Hill defended the private practice system and voiced opposition to the government plan. “Because of the limited number of dentists, it is impossible to carry out any program that promises complete dental care to both children and adults,” they warned.1

While acknowledging the workforce shortage, dental leaders resisted efforts to use nondentists to meet needs. A program designed to train dental hygienists to drill and fill baby teeth, launched at Boston’s Forsyth Dental Infirmary, was shut down after 300 dentists crowded into a state house hearing calling for the repeal of the bill that would have allowed dental hygienists to work in school clinics.1

After the signing of the Medicare and Medicaid laws in 1965, demand for a wide range of health services burgeoned overnight. In medicine, midlevel providers, such as nurse practitioners, evolved to meet the needs. For millions of Americans, routine dental care remained out of reach.

In the year 2000, in his landmark Oral Health in America report, US Surgeon General David Satcher, MD, PhD, warned of a “silent epidemic” of oral disease. The report called for efforts, including stepped-up disease prevention, community-based interventions, and dental workforce innovations, to address the crisis. In the years since, Satcher has continued to speak out for reforms, including the expansion of the dental workforce. “I think midlevel providers are important because they offer a service that is needed, and they offer services that are otherwise unavailable,” Satcher told me in an interview.1

THE GROWTH OF DENTAL THERAPY

In my reporting, I had the chance to travel to places where care is now being delivered by such providers; remote tundra and island clinics staffed by Alaskan dental health aide therapists, who overcame legal challenges from national and state dental organizations to bring services to their tribal communities. Today, dental therapists are also working in tribal settings in Oregon and Washington; they are providing care in the state of Minnesota.

The model has been approved in Vermont, Maine, and most recently in Arizona, where in May, Governor Doug Ducey signed a law allowing dental hygienists, with additional training, to become licensed dental therapists and to bring services, including fillings, extractions, and crowns, to underserved communities in the state.2

Dental hygienists, working with tribal organizations, public health, and grassroots groups have continued to push for change. Their efforts have been bolstered by the US Federal Trade Commission (FTC). By framing workforce questions as marketplace issues, the federal agency has supported accreditation standards for dental therapy training programs and has challenged anti-competitive actions by state dental boards.1

In one such case that I learned about in my reporting, South Carolina dental hygienist Tammi Byrd, RDH, backed by the FTC, ultimately prevailed in a 7-year-long legal struggle with the South Carolina State Board of Dentistry. The fight was over a law enabling dental hygienists to provide care to children in schools. Wrapping up our interview, Byrd quietly offered these words as a kind of moral to her story:

“Take this ample supply of dental hygienists we have, that are not being utilized to the top of our license or at all, and use us to serve these populations who are not getting care.”1

From Perspectives on the Midlevel Practitioner, a supplement to Dimensions of Dental Hygiene. October 2018;5(10):10–12. 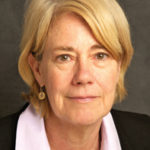 Mary Otto, is a Washington, DC-based journalist who began writing about oral health at the Washington Post, where she covered social issues, including health care and poverty. In 2007, her stories about 12-year-old Deamonte Driver, a Maryland Medicaid child who died from complications of an untreated dental infection, spurred Congressional hearings, a revamping of Maryland's Medicaid dental system, and increased attention to oral health access for poor children nationwide. After leaving the Post in 2008, Otto spent an academic year studying oral health at Harvard as a Knight Science Journalism Fellow. She now works as an independent journalist and oral health topic leader for the Missouri School of Journalism-based Association of Health Care Journalists. She is the author of Teeth: the Story of Beauty, Inequality and the Struggle for Oral Health in America published by the New Press.