Access to care is a significant problem in the United States, particularly among communities of color.

The mouth is the window to the rest of the body—one cannot be truly healthy without good oral health. Unfortunately, oral health care is one of the greatest unmet health needs in the United States. For communities of color, the situation is particularly troubling. Vulnerable populations—often identified by race, socioeconomic status, or presence of a disability—experience higher rates of dental caries and tooth loss and have fewer dental visits and preventive services. Combine this with some 114 million Americans who do not have dental insurance coverage and the signs are clear—the US dental delivery system is failing to meet the needs of many Americans.1

These disparities can span individuals’ entire lifetimes, and national data show they often begin in childhood. Children of color see dentists and receive preventive services, such as fluoride treatment and sealants, less often than white children do.2 For example, only 10% of Hispanic and black children received any preventive service in 2009, compared with 17% of white children.2 American Indian and Alaska Native children face particularly severe barriers to care, largely because of geographic isolation and a lack of available providers.

Disparities in the number of children of color who visit a dentist and receive preventive care likely contribute to their higher oral disease rates. According to data collected in 2011 and 2012, Hispanic and black children ages 2 through 8 were about twice as likely as whites to have untreated decay.3 In 2014, preschool-age American Indian children were four times as likely as white children to have untreated tooth decay (43% vs 11%).4

These sobering trends continue into adulthood. Black working-age adults were nearly twice as likely to have untreated caries as white working-age adults (42% vs 22%), according to data collected in 2011 and 2012.5 In addition, two out of three Native Americans ages 35 to 44 had untreated decay in 1999—the most recent year for which nationwide data are available.6

Inadequate preventive care and untreated caries have serious consequences, including costly treatment or extraction. Consistent with their higher rates of untreated decay, adults of color are more likely to lose teeth as a result of dental disease.5 Compared with white working-age adults, black, Asian, and Hispanic working-age adults are more likely to have had a tooth extracted because of caries or periodontal diseases, and Asian and black older adults are much more likely than white seniors to be edentulous.5

When looking at disparities in access to care and disease rates that affect communities of color, income is a factor that cannot be ignored. Racial minorities are disproportionately poor in the US. Disease rate disparities by race are actually similar to disease rate disparities by income in this country. In 2009 and 2010, untreated decay rates for children ages 3 to 15 were about twice as high for children living in poverty as they were for those above the poverty line.7 From 2005 to 2008, 25% of nonelderly adults had untreated caries; for those living in poverty, the rate was 42%.8

As with communities of color, low-income individuals are less likely than higher income individuals to access dental care. The small number of dentists who accept public insurance, such as Medicaid, makes access more difficult. Approximately one-third of US dentists accept public insurance.9 In 2014, more than half of all children (18 million) covered by Medicaid—which mandates dental coverage for children—did not receive dental care.9

In Massachusetts, only 35% of dentists treated patients insured through MassHealth—the state’s Medicaid program—and only 26% billed $10,000 or more in 2014.10 A lack of access can lead to severe oral health problems. For example, according to unpublished data from the Massachusetts 2014 Behavior Risk Factor Surveillance System Survey, the state’s low-income seniors were seven times more likely to be edentulous than seniors with household incomes exceeding $75,000.

Eliminating disparities in dental care access and oral health for communities of color and other at-risk populations will require major changes to the current dental care delivery system. Constrained in part by provider shortages in many areas of the US and low levels of Medicaid acceptance by dentists, America’s dental delivery system must grow and become more flexible in order to expand its reach.

To do this, a growing number of states are introducing legislation to allow for midlevel oral health practitioners. The field of dentistry has long trailed behind medicine in diversifying its workforce to meet America’s unmet need for care. Akin to physician assistants in medicine, these midlevel practitioners can help provide preventive and routine restorative care to more patients, especially those facing the greatest barriers to dental access. Because these midlevel practitioners earn lower salaries than dentists, adding them to the dental team can also benefit the business’ bottom line. We must create opportunities to pilot this model in order to help dental providers—both private and public—develop “win-win” scenarios that increase access to quality care.

Another strategy to improve America’s oral health is to integrate dental service delivery with medicine, nursing, and pharmacy.11 The concept of an oral physician, who would provide dental care as part of primary care, is being developed. By conducting a medical and oral health interview, these providers assess the overall health of their patients, screening for chronic disease as well as dental health issues. Through this integration and proper referrals, oral physicians can build capacity by expanding access to individuals whose oral and medical health needs might otherwise go unmet.

Finally, we must also increase the number of dental students from minority communities, as they are much more likely to return to those communities to practice. In 2014, only 8.5% of dental school enrollees were Hispanic or Latino; only 4.3% were African-American; and only 0.3% were American Indian or Native Alaskan.12

While there is no single solution to America’s oral health disparities, upgrades to the dental workforce and small tweaks to how care is delivered offer important steps forward. Increasing access to oral health care requires a dental delivery model that works for all Americans. But in order to build that model, changes are needed. This is an opportunity for dentistry/dental hygiene and medicine to develop better and more efficient health care models with the goal to educate and treat every American.

From Perspectives on the Midlevel Practitioner, a supplement to Dimensions of Dental Hygiene. October 2016;3(10):12-14. 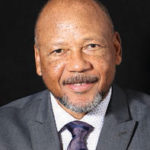 Brian J. Swann, DDS, MPH, is the chief of oral health for the Cambridge Health Alliance in Cambridge, Massachusetts. He conducts the Oral Physician Program within the General Practice Residency, a concept that expands primary care to include oral health. Swann is also a lecturer at the Harvard School of Dental Medicine in Boston.