The benefits of fluoride outweigh its risks in the prevention of caries in very young children.

The incidence of dental caries among very young children—between the ages of 2 years and 5 years—has increased dramatically over the past 20 years. The National Health and Nutrition Examination Survey, 1999 to 2004, reported that 27.9% of children age 2 years to 6 years had caries in their deciduous teeth.1 Among those children with decay, 75% had not received any restorative care.1 The American Academy of Pediatric Dentistry (AAPD) defines early childhood caries as: “the presence of one or more decayed (noncavitated or cavitated lesions), missing (due to caries), or filled tooth surfaces in any primary tooth in a child 71 months of age or younger.”2 This is a serious health problem affecting our youngest and most vulnerable members of society. The incidence of caries overall has been declining, unfortunately, this is not the case among very young children. Fluoride is one of the most important tools in the fight against dental caries and, when used in conjunction with additional strategies, can make a significant impact in the reduction of caries rates in this patient population.

WHY IS THE INCIDENCE OF CARIES SO HIGH?

Caries is a multifactorial disease and the reasons behind the increase in caries among very young children are varied as well. The rise in consumption of fermentable carbohydrates at very young ages is a contributing factor. In addition, children in this age group typically have less access to professional dental care. They may see a pediatrician but they often do not visit a dental professional until they are significantly older. When they do finally see a dental professional, if they already have a mouth full of decay specialized care may be needed, which can be even more difficult to access in some areas. Caries rates are higher in groups with lower socioeconomic status because of limited access to care, reduced access to healthy food, and low education levels.3 The vertical transmission of caries bacteria from mother/caregiver to child and living in a nonfluoridated community are other important factors.

The evidence is clear that oral health is inexorably linked to systemic health. Dental professionals need to change parents’ thought processes so they view oral health in this way. Caries is a totally preventable disease, and the only avenue to reducing the rate of decay in very young children is to start prevention efforts early. As such, the AAPD strongly recommends that children have their first dental visit by the age of 1 year in order to establish a dental home, meaning a relationship between a family and a dentist focused on the oral health care of a child.4

ADDRESSING CARIES IN THE VERY YOUNG

Caries risk assessment is integral to reducing the risk of decay and addressing lesions early. Identifying a child’s level of risk helps determine a prevention plan that is individualized for each patient with the goal of preventing the disease before it starts. Factors typically evaluated during a caries risk assessment include: diet, oral hygiene, plaque accumulation, the amount of fermentable carbohydrates consumed, previous caries history, and fluoride exposure. Anatomic susceptibilities, early colonization of bacteria, family history of oral health and caries, low salivary flow, and presence of special needs should all be considered during caries risk assessment. Table 1 provides a description of the American Dental Association (ADA) Council on Scientific Affairs’ caries risk classifications.5

Fluoride plays a major role in caries prevention across all age groups, and it has both topical and systemic benefits.6 When deciding on the correct fluoride protocol to recommend for very young children, their exposure to fluoridated water must first be determined. Consuming fluoridated water has both systemic and topical benefits as the fluoride in water becomes incorporated into forming tooth structures. Table 2 provides insight on how to determine fluoride levels in drinking water.7

The US Department of Health and Human Services and the US Environmental Protection Agency reduced the recommended level of fluoride in drinking water in January. This is in response to the rise of mild to moderate cases of fluorosis. The previous recommendations were 0.7 parts per million (ppm) to 1.2 ppm of fluoride per liter of water. New recommendations suggest the lowest level—0.7 ppm—is the optimal level. The goal is to maximize the benefits of fluoride while limiting the risk of fluorosis. The widespread increase of fluorosis is most likely due to the larger variety of fluoride sources. The water children consume at home may not be the only source of their fluoride exposure. Drinks and foods manufactured in different parts of the country or abroad may also contain fluoride, so it is not always easy to evaluate a child’s level of fluoride exposure. Children living in low-fluoride areas also receive the benefits of fluoridated water from consuming processed foods manufactured in areas of optimally fluoridated water. This is called the “halo effect” and it may help reduce caries rates among children residing in nonfluoridated areas.8

It will probably take between 7 years and 10 years to see a reduction in the number of fluorosis cases. However, mild fluorosis, which presents as chalk-like lacy marks across the tooth’s enamel in the permanent dentition, may not be noticeable. Moderate fluorosis is defined as opaque white areas on more than 50% of the enamel.8 In the most severe forms, fluorosis manifests as pitted and brittle enamel and can affect the entire dentition. There are very few cases of severe dental fluorosis originating in the United States.

For infants who are formula fed, it’s important to know what type of formula they are using and with what it is mixed. The ADA Council on Scientific Affairs released new evidence-based clinical recommendations on fluoride intake in infant formula relative to the risk of fluorosis. 7 The guidelines recommend that parents continue using their formula of choice and reconstituting it with optimally fluoridated water. If a risk of fluorosis is present, then the guidelines recommend the use of preconstituted formula or mixing powdered or liquid formulas with fluoride-free water.7

The recommendations for topical fluoride are based on risk. Children at high risk of caries should be exposed to fluoride as soon as possible. All children should brush twice a day with fluoridated toothpaste. Children between the ages of 2 years and 6 years should use a smear of fluoridated toothpaste, and children older than 6 years of age should use a pea-sized amount. As long as parents are dispensing the toothpaste and supervising the toothbrushing process, the benefits of fluoride far exceed the risk of some toothpaste being swallowed, especially in children at high caries risk.9

The professional application of fluoride varnish or gel is very effective in caries prevention. A child with early white spot lesions should visit the dental office for fluoride varnish or gel application every 3 months in order to prevent the lesions from progressing. Fluoride varnish or gel is recommended twice per year in more moderate risk children. Varnish leaves a layer of calcium fluoride on the teeth that mixes with saliva and is slowly released in the mouth. This boosts remineralization potential and is bacteriostatic in high concentrations. Table 4 lists the ADA Council on Scientific Affairs’ recommendations for professionally applied topical fluoride.5

Recommendations for moderate risk patients include close examination, radiographs every 6 months, fluoride varnish twice per year, and education about behavioral change to further reduce their risk.

Caries risk varies over time and, as such, our young patients need to be consistently reassessed, as do our methods of prevention and treatment. With caries remaining the most prevalent chronic ailment of children, dental professionals still have much to do to reduce the incidence of this very preventable disease. 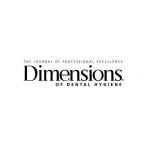 Entering the Field of Orthodontics 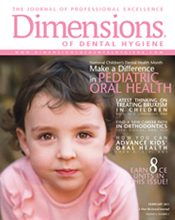