The complex root anatomy of these teeth poses a distinct challenge during hand instrumentation.

The complex root anatomy of these teeth poses a distinct challenge during hand instrumentation.

Mechanical debridement is an essential component of oral health care for patients with a healthy periodontium, gingival inflammation, or impaired junctional epithelium and loss of alveolar bone. Premolar teeth are challenging to instrument due to their complex root anatomy. Root debridement is often performed with the blended approach of power and manual instrumentation, followed by root planing with hand instruments.1,2 This two-part series on the hand instrumentation of premolar teeth will discuss root anatomy, instrument selection, and technique.Appropriate power or manual instrumentation involves not only selecting the best instrument for the task at hand, but also using the instrument effectively to reach proper endpoint(s) of care.

Knowledge of the root anatomy is of the utmost importance when instrumenting premolar teeth. During instrumentation, clinicians should create a mental image of the root to effectively select and instrument these narrow and anatomically challenging posterior teeth. 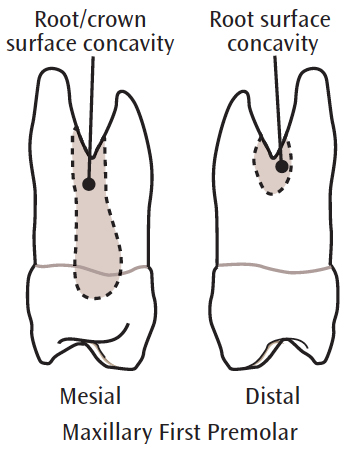 FIGURE 1. The mesial surface of the maxillary first premolar has a significant concavity adjoined to the coronal concavity.

Maxillary first premolar. The mesial surface of the maxillary first premolar has a significant concavity adjoined to the coronal concavity (Figure 1). In contrast, the distal root surface is flat with minimal to no root-surface concavity except coronal to the furcation. The mesial concavity is significant in instrumentation because it will be exposed with all degrees of periodontal conditions, from gingivitis to advanced periodontitis. The distal concavity will only be exposed during instrumentation of pocket depths greater than 5 mm or if significant clinical attachment loss (CAL) is present.

The furcation on this double-rooted tooth is located about 7 mm from the cementoenamel junction (CEJ) and the entire root length is about 14 mm. Therefore, the furcation will be exposed with severe periodontitis (ie, CAL of ≥ 5 mm and/or probing depth of ≥ 7mm),2 or with advancing moderate disease.

Additionally, the width of a premolar’s root near its cervix is important. One-half the width is used to gauge if an instrument’s working end can reach or overlap the midline of the proximal surface. The maxillary first premolar has a buccolingual diameter of 8 mm. The mesiodistal diameter at the cervix is 5.5 mm.

Maxillary second premolar. The single-rooted maxillary second premolar has proximal surfaces that are flat to slightly convex (Figure 2). These surfaces display concavities, grooves, and a possible furcation in the apical one-half of the root. Therefore, pocket depth and CAL may be encountered. The root length and other characteristics are the same as the maxillary first premolar. 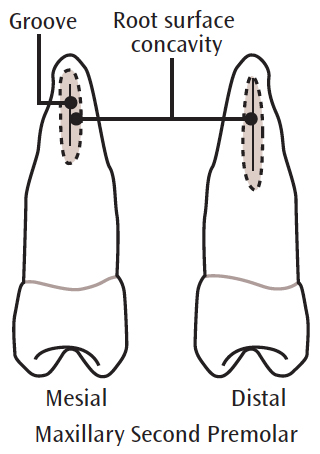 Mandibular first premolar. The single-rooted mandibular first premolar has a convex root surface that tapers to the lingual (Figure 3). The coronal one-half of the root might have horizontal convexities. The apical one-third often has a concavity with a groove and bifurcation, which would be instrumented if the pocket depth is deep. This mandibular premolar is the same length as the maxillary premolars (14 mm); however, it is narrower at the cervix in the buccolingual dimension (6.5 mm).

Mandibular second premolar. The single-rooted mandibular second premolar has flat to slightly convex surfaces with small concavities on the mesial and distal in the middle one-half of the root (Figure 4). Therefore, the clinician will negotiate this anatomy with slight or moderate periodontitis and pocket depth up to 5 mm, as well as with advanced conditions. This premolar is longer than the other premolars (14.5 mm) and is 7 mm in the buccolingual dimension at the cervix.

Patients’ assessment information is important to consider when determining the root anatomy that may be encountered during mechanical debridement. A thorough oral assessment includes a comprehensive periodontal evaluation completed annually,3 or more frequently. The gingival contour, probing depths with or without bleeding, width of keratinized tissue, gingival recession, and CAL should be evaluated. Also, suppuration, furcation involvement, and mobility must be considered. The presence, degree, and distribution of gingival inflammation and biofilm, as well as radiographs are also important considerations for accurate diagnosis, prognosis, and treatment planning.3 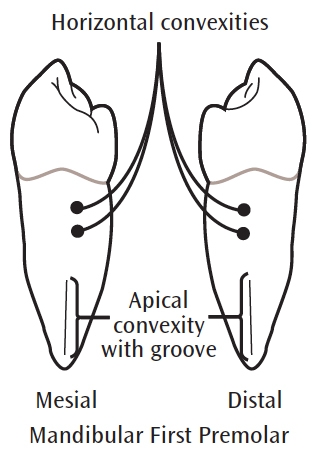 FIGURE 3. The single-rooted mandibular first premolar has a convex root surface that tapers to the lingual.

A diagnosis of gingivitis vs periodontitis helps define the type of care needed. Treatment planning includes not only the length and number of appointments, but also the proper instruments for mechanical debridement.

Basic instrumentation, or scaling, of the premolars is indicated for healthy patients and those with gingival inflammation. Either a prophylaxis or scaling in the presence of generalized moderate or severe gingival inflammation is indicated for debridement of biofilm, calculus, and stain.4 For this type of care, various universal and area-specific curets can be used.

Pseudopocketing may be another consideration during instrument selection due to increased probing depths; however, in this case, the root anatomy described above will not be exposed. The pseudopocketing will cause the gingival tissue to increase in size with no apical migration of the junctional epithelium or destruction of the periodontal ligament and alveolar bone.5 For example, a pseudopocket measuring 6 mm requires debridement mostly on the crown with limited root-surface instrumentation. If, however, the 6 mm probing depth is a true periodontal pocket, the majority of the instrumentation will be on the root. Therefore, instrument selection for debridement cannot rely on probing depth alone. 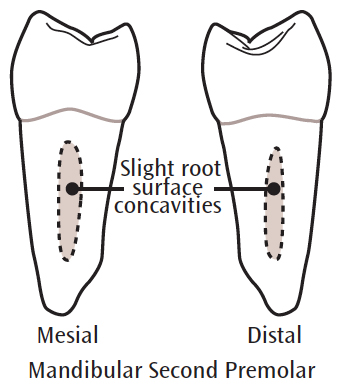 FIGURE 4. The single-rooted mandibular second premolar has flat to slightly convex surfaces with small concavities on the mesial and distal in the middle one-half of the root.

Instrumenting premolar teeth presents a variety of challenges. Memorizing the potential anatomy and applying it to the clinical findings during hand instrumentation are key elements in maintaining health and promoting healing of the periodontal structures. Appropriate instrument selection for the different anatomy of premolar teeth is also integral to successful outcomes.

Featured photo by PICK-UPPATH/ISTOCK/GETTY IMAGES PLUS

A Profession at Risk 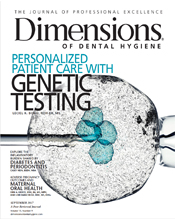