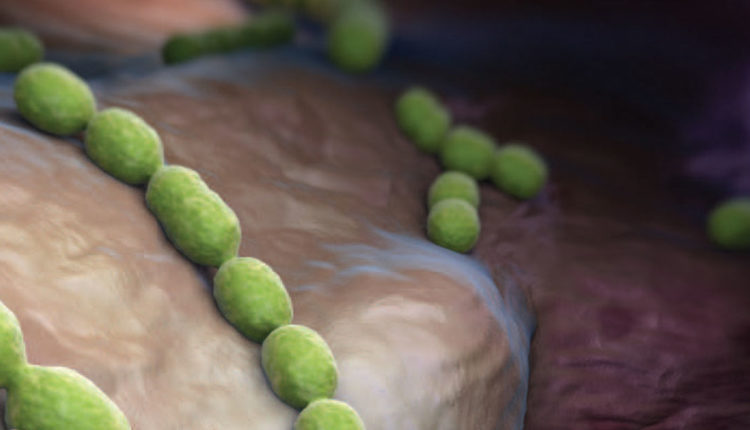 Inflammation plays a key role in the association between periodontal and systemic diseases.

By Thomas E. Van Dyke, DDS, PhD On May 26, 2020 0
PURCHASE COURSE
This course was published in the May 2020 issue and expires May 2023. The author has no commercial conflicts of interest to disclose. This 2 credit hour self-study activity is electronically mediated.

The etiology for periodontitis is bacterial plaque, now referred to as the periodontal microbiome, but the pathogenesis of the disease—and the mechanisms of tissue breakdown and progressive bone loss—are immune-inflammatory. In the oral cavity, the tooth crown is colonized by commensal bacteria in organized bacterial biofilms, commonly known as plaque. Periodontal diseases begin with gingivitis, which is an inflammation of the gingiva induced by chronic exposure to dental biofilm. Gingivitis progresses from the initial neutrophil-dominated lesion to a mature immune lesion dominated by B and plasma cells. In the advanced lesion, gingival collagen is lost, which is reversible by removing the plaque.1 Periodontitis is characterized by irreversible loss of attachment, with concomitant alveolar bone loss. The composition of the periodontal microbiome in periodontitis is more complex; it is more dominated by Gram-negative bacteria, and the bacterial load significantly increases. It is characterized as a chronic inflammatory lesion, with loss of tissue homeostasis. It remains unknown why gingivitis is stable in some people and progresses to periodontitis in others.

The temporal sequence of change to the oral microbiome and development of periodontitis is important. Earlier dogma blamed specific pathogens as the cause of disease; this is no longer considered valid, since we now know the bacteria associated with disease are commensals, including the pathogens. Overgrowth of minor components of the biofilm creates a dysbiotic microbiome. The reason for the shift is inflammation that changes the bacterial growth environment.2 The subgingival environment is a natural selection pressure that impacts the specific microbial composition. Plaque accumulation leads to inflammation within the gingival tissues and, ultimately, gingivitis. Inflammation dictates the environmental changes within the gingival sulcus favoring the growth of proteolytic species of bacteria.

This inflammatory response further enriches the environment via tissue-breakdown products that enhance the growth of pathogens. The American Academy of Periodontology (AAP) has changed its definition for the etiology and pathogenesis of periodontitis from infectious to inflammatory. This also changes the treatment target from control of the commensal flora to controlling inflammation.3,4 Bacteria are the principal cause of gingivitis, but the host response determines whether the disease progresses.5,6 Overwhelming evidence now demonstrates that uncontrolled inflammation amplified by immune responses is largely responsible for the tissue destruction in periodontitis.7,8

To understand the role of inflammation in the relationship between periodontitis and systemic diseases, we need to know how inflammation is naturally regulated. With periodontitis, the pro-inflammatory mediators—cytokines, chemokines, and metalloproteinases—increase dramatically in periodontal tissues and gingival crevicular fluid.9–11 The early response lipid mediators, leukotriene B4 and prostaglandin E2, are especially increased.12 The pathophysiology of periodontitis is attributable to the actions of these lipid mediators.13–15 Cyclooxygenases (COX), the enzymes that make prostaglandins, are increased in periodontal tissue in disease.16–20 These same mediators play an important role in the pathogenesis of type 2 diabetes (T2D).

The role of these molecules in periodontitis is exemplified in studies of localized aggressive periodontitis (LAP), a rapidly progressing form of the disease. Investigations of inflammatory-resolving mediators in LAP revealed aberrant LOX activity in whole blood of patients with LAP23 that was associated with significantly greater platelet-neutrophil and platelet-monocytes aggregates. Defective macrophage phagocytosis in LAP was also seen. Simply stated, LAP was characterized by a failure to resolve inflammation, which led to the progression of periodontal diseases. Fredman et al23 also reported the LAP abnormalities were reversed with addition of mediators of resolution. Other investigations of proresolution mediators by Hasturk et al24 showed that LAP neutrophils do not respond well to mediators of resolution.

Excessive inflammation is a critical component of the most common diseases of aging. The reasons for excess inflammation are not fully understood, but there are associations with obesity and other risk factors. Importantly, there is also a potentially critical role for the microbiome that is just beginning to be explored. Diabetes mellitus, particularly type 2, is characterized by complications that increase with poor glycemic control, including periodontitis and cardiovascular diseases (CVD). Approximately 50% of the United States population has some degree of periodontal disease. Having T2D doubles that risk.25 In addition, T2D increases the risk for CVD four times and accounts for most premature deaths in patients with T2D.26 Inflammation is a major link between T2D and its complications.26,27 In periodontitis, the shift to chronicity and persistence of pathogens results from increased inflam­mation,28–32 leading to tissue destruction. Patients with T2D who display increased inflammation are refractory to standard periodontal therapy, which further emphasizes the interrelationship between inflammation and the pathogenesis of these two diseases.33,34

OBESITY AND OTHER CONSIDERATIONS

How obesity, T2D, and its complications of periodontitis and CVD are linked is unclear. Neutrophil and macrophage interactions with platelets are poorly regulated in individuals with periodontitis or T2D.35,36 These associations suggest that mechanisms related to inflammation in periodontitis may be linked with the primary cause of mortality in patients with T2D/CVD. Sufficient proresolution agonist concentrations are necessary to prevent tissue damage in inflammation,24,31 and these pathways are deficient in obesity and T2D.37

Periodontitis, T2D, and CVD all involve inflammation-mediated microvascular and macrovascular changes, disruption of lipid metabolism, glycosylation of proteins, and other abnormalities that result from dysregulation of inflammation. In periodontitis and T2D, uncontrolled inflammation causes dysbiosis in the mouth and gut. Dysbiosis in the gut results in changes in gut permeability that increase systemic inflammation and insulin resistance. Dysregulation of inflammation is central to T2D and its periodontal complications. Active resolution of inflammation appears to be compromised in obesity and T2D.38 Omega 3 fatty acids and an increased omega-3/omega-6 ratio are found in populations with lower prevalence of coronary artery disease.39 Omega-3 active metabolites, particularly resolvins, are able to reduce obesity-associated inflammation and insulin resistance.40,41

Emerging evidence suggests that nonresolving inflammation is a critical underlying factor of both periodontitis and T2D.23,42–44 To further investigate the comorbidity of periodontitis and T2D, studies were performed using a human resolvin E1 receptor (RvE1 receptor)-overexpressing diabetic transgenic mouse. Resolvin E1 (RvE1) is one of the resolvins derived from eicosapentaenoic acid. Studies in genetically modified mice are a powerful tool for assessing the role of specific molecules in health and disease. Knocking out a gene or overexpressing a gene may provide loss-of-function and gain-of-function data, respectively. Genes code for proteins and, in this case, the resolvins, are lipids. For this reason, the receptor for the lipid was overexpressed to see what gain-of-function of the resolvin did to the disease.

Several important observations were made in these studies.45 The phenotype of the ERV1 transgenic exhibited a reduced inflammatory response, with an increased response to RvE1. The ERV1 transgenic mouse is resistant to periodontitis. Diabetic mice experience significantly more periodontitis than wild type, and ERV1 transgenic mice with T2D are protected from periodontitis—and the addition of topical RvE1 makes them even more resistant. Diabetic mice have impaired neutrophil phagocytosis of the periodontal pathogen Porphyromonas gingivalis, and clearance of the same pathogen was deficient, so more severe tissue damage was evident.46 Adding RvE1 to the phagocytosis assay increased P. gingivalis phagocytosis and killing by neutrophils by the transgenic diabetic animals. Adding RvE1 also decreased the influx of inflammatory cells and improved P. gingivalis clearance. This is an important observation because it suggests that excess inflammation makes infections worse, not better.

Catastrophic acute ischemic events (thrombosis) occur when an atheromatous plaque disrupts.49,50 Inflammation is a central determinant in the pathogenesis of plaque formation and rupture;51,52 in fact, uncontrolled systemic inflammation is a predictor of CVD events. Local inflammatory foci, such as chronic periodontitis, induce systemic inflammation.53–55 Periodontal disease risk factors are shared characteristics with CVD, including older age, stress and smoking behaviors, and male gender.56 In addition, in the joint European Federation of Periodontology/AAP Workshop on Periodontitis and Systemic Diseases published in 2013, the consensus was that periodontitis clearly imparts excess risk for T2D and CVD,57,58 and enhances CVD in animal models.59,60

Prospective studies in animals have been used to demonstrate that periodontitis increases large vessel atherogenesis. In the high-fat-diet rabbit model,60,61 the New Zealand white rabbit serves as a model for periodontitis with similar characteristics to humans. High-fat-diet-induced atherogenesis is induced simultaneously, and inflammatory changes can be tracked locally and in the vessel wall. This model was used to demonstrate the impact on atherogenesis with periodontal treatment using resolution of inflammation mediators.61 The investigators showed that oral-topical treatment to the gingiva provided dose-dependent protection against the onset of periodontitis and atherogenesis. In addition, they noted a reduced intima/media ratio in the walls of major vessels (which is a cardinal sign of CVD). A decreased inflammatory cell infiltrate was also seen, demonstrating the impact of local inflammatory foci on the initiation of CVD. These data suggest that mediators of resolution of inflammation are rapidly absorbed through the mucosa to provide systemic actions that are extremely potent, exhibiting marked reductions in systemic inflammation and blocking atherogenesis at extremely low doses.

The discovery of pathways that actively resolve inflammation has provided new targets for natural control of inflammation. When it comes to periodontitis and related systemic diseases, the evidence points to a failure of resolution pathways. However, the level at which the failure occurs is unknown, so there is much work to be done. Understanding how this works in each patient exemplifies the goals of precision medicine.

As our knowledge of the actions of pro-resolution mediators evolves, the potential for the production of new drugs for the control of inflammatory diseases increases.

Acknowledgement: US Public Health Service Grants DE025020 and 025383 from the National Institutes of Dental and Craniofacial Research supported part of this research.

Thomas E. Van Dyke, DDS, PhD, is vice president for clinical and translational research and a senior staff member at The Forsyth Institute in Cambridge, Massachusetts, and a professor of oral medicine, infection and immunity at Harvard University Faculty of Medicine in Boston. A Diplomate of the American Board of Periodontology, he has published more than 330 articles, as well as numerous abstracts and book chapters. Van Dyke can be reached at [email protected]. 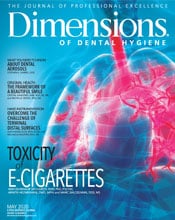