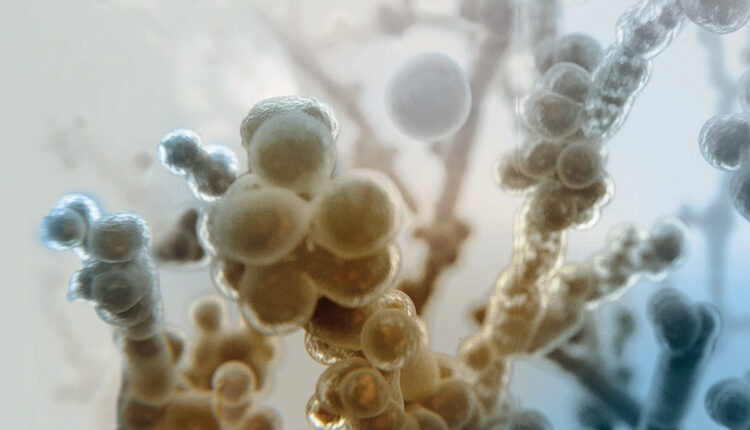 This report addresses the presentation of a rare “kissing lesion.”

Oral candidiasis is an infection associated with the yeast-like fungal organism Candida albicans.1 It can present as a white (pseudo­membranous), red (erythematous), or mixed lesion. Pseudomembranous candidiasis infections often manifest as white, plaque-like lesions that can be removed by scraping with a dry gauze or tongue depressor. The underlying mucosa may have minimal changes or appear erythematous.1

In contrast, erythematous candidiasis does not present with white plaques, but, rather, as intense red areas in the oral cavity that can sometimes be symptomatic. One of the most common forms of erythematous candidiasis is known as central papillary atrophy of the tongue, or median rhomboid glossitis.1 Central papillary atrophy occurs as a result of a loss of filiform papillae; it is often asymptomatic, and is typically located on the posterior central portion of the dorsum of the tongue, anterior to the circumvallate papillae, symmetrically across the midline.2,3 In rare instances, patients with central papillary atrophy will develop similar candidiasis lesions in other areas of the oral cavity; this is known as chronic oral multifocal candidiasis. The most common locations are the junction of the hard and soft palate and the corners of the mouth (angular cheilitis). The palatal lesion, which results from the contact of the dorsum of the tongue at rest, is coined a “kissing lesion.”4

Histologically, the lesion is characterized by the presence of an inflamed epithelium, with tubular hyphae and absence of fungiform and filiform papillae.3 Factors that predispose an individual to the development of oral candidiasis include diabetes mellitus,4 cigarette/​tobacco use,5 denture wearing, topical corticosteroid application, and human immunodeficiency virus infection.6

This report describes the diagnosis and treatment of chronic multifocal candidiasis that presented with a rare “kissing lesion.”

A 40-year-old man presented for a comprehensive examination to be enrolled as a new patient. He had not been receiving regular dental treatment and desired “healthier teeth.” During his oral cancer screening, an atypical area measuring approximately 5 mm x 6 mm was discovered on the central portion of the dorsum of the tongue (Figure 1). Beyond a current smoking history of 10 cigarettes per day, his medical history was reported to be noncontributory. Other findings during the intraoral examination (Figure 2) included the diagnosis of generalized moderate periodontitis (Stage III, Grade B).

Three months later, upon reevaluating his response to the periodontal therapy, it was observed the tongue lesion had increased in size to approximately 20 mm x 30 mm (Figure 3). The patient reported an absence of symptoms associated with this area. In addition, a corresponding “kissing lesion” was identified on the hard palate (Figure 4).

Based on these findings, antifungal therapy in the form of nystatin (500,000 ug) troches was ordered five times per day for 14 days. This was prescribed to rule out the presence of a fungal infection.

The patient was reappointed for a 3-week follow-up, at which time the palatal “kissing lesion” had completely resolved, while the central papillary atrophy on the dorsum of the tongue appeared to have regressed (Figure 5 and Figure 6).

If the patient is symptomatic, it typically manifests as a diffuse, burning sensation or a salty and bitter taste. Alternately, oral candidiasis lesions are often asymptomatic; consequently, the diagnosis of oral candidiasis is almost always an incidental finding during a routine dental examination.

From a practical standpoint, the diagnosis of oral candidiasis is one of exclusion. The exclusion process begins by prescribing some form of antimycotic agent. The lesion is reevaluated in approximately 2 weeks to 3 weeks to assess for resolution.

Antimycotic treatment for the management of oral candidiasis can include any of the following agents:1

• Poorly absorbed in the gastrointestinal (GI) tract; therefore, the primary mode of action is direct contact with the lesion (via rinses, troches/​lozenges, ointments or cream)

• Similar to nystatin, clotrimazole is poorly absorbed in the GI tract; it is formulated as troches/​lozenges for oral use, and as a cream for angular cheilitis

• Drug absorption is dependent on the presence of an acidic environment in the GI tract; therefore, its effectiveness substantially declines with antacid use

• Side effects include idiosyncratic liver toxicity and potentially life-threatening cardiac arrythmias when combined with macrolide antibiotics, cisapride (a GI motility agent), and astemizole (an antihistamine)

• More effective than ketoconazole, but without the side effects; it is well absorbed systemically, without the requirement of an acidic environment in the GI tract

• Rare liver toxicity; side effects are primarily with immunosuppressant drugs

• Newest drug approved for oropharyngeal candidiasis, with similar effectiveness and side effects as ketoconazole and fluconazole

In the rare instance of resistance to conventional antimycotic therapy, DNA sequencing can be performed to identify the specific fungal agent present and allow for selection of the most appropriate treatment.2

If the lesion persists after completion of the antimycotic therapy, a biopsy is strongly suggested to rule out differential diagnoses of mimicking lesions, such as lichen planus, recent (chemical and/​or mechanical) trauma, nutritional deficiencies, and squamous cell carcinoma.7,8

In summary, oral candidiasis is an opportunistic infection, and because it is often asymptomatic, the patient may be unaware of the condition. Thus, oral health professionals are often the first to identify it. When recognized clinically, it is easily treated with antimycotic therapy. As a result, if recurrence is detected, a thorough investigation for signs of immunosuppression or other predisposing factors for oral candidiasis is highly recommended.

Trever L. Siu, DMD, MS, is a clinical associate professor at Midwestern University College of Dental Medicine Arizona in Glendale. He is also in private practice in Avondale, Arizona, and a diplomate of the American Board of Periodontology.

Douglas W. Beals, DDS, MS, is a clinical associate professor at Midwestern University College of Dental Medicine Arizona and a diplomate of the American Board of Oral and Maxillofacial Surgery. 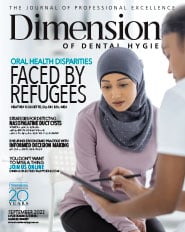