Providing oral health care to patients with these disorders requires an understanding of their special needs.

People with complex disease or disorder conditions or limitations need “special care” to address their particular needs and they often require more than routine delivery of oral health care. Special care encompasses preventive, diagnostic, treatment, and outcome services. A person with hemophilia, AIDS, diabetes, or arthritis is a patient with needs that often require special oral care services. A dental team, for example, may need to transfer a patient with cerebral palsy from a wheelchair to the dental chair, to use sign language to communicate with deaf patients, or to adapt oral hygiene devices so patients can maintain their oral hygiene. Patients with craniofacial-oral-dental birth defects have special needs that the dental team must be conscious of when providing oral health care services.

There are approximately 4.2 million live births in the United States each year.3 Of these, approximately one per every 750 births in the general population presents some type of craniofacial dysmorphogenesis or malformation such as cleft lip and/or cleft palate.4 In California, the prevalence is one in 500 live births.3 In the Native American population, the prevalence is 3.6 per 1,000 births.3 The prevalence is one in 1,000 live births in the African American population.3
Extensive research from the last 4 decades indicates that craniofacial dysmorphogenesis is caused by specific mutations (mistakes or misspellings) of genes, chromosomal abnormalities, environmental insults, chemicals, or biologicals. The mutations of genes follow the Mendelian Rules of Inheritance, which were created by Gregor Mendel and derived from plant genetics to all multicellular organisms, including people. The mutations of genes also include osteogenesis imperfecta (collagen type 1 alpha-1 gene), Ehlers-Danlos syndrome (collagen type III alpha-1 gene), amelogenesis imperfecta-1 hypoplastic type (amelogenin gene), and Jackson-Weiss syndrome (fibroblast growth factor receptor-2 gene). Down syndrome and trisomy 21, which is three copies of chromosome number 21, and Patau’s syndrome (trisomy 13) are examples of chromosomal abnormalities. Environmental insults include physical factors like radiation; chemicals such as alcohol; tobacco; excess retinoic acid; substance abuse; selected prescription drugs; or biologicals (viral or bacterial infections).4-9 The term teratogens is used to include physical, chemical, and/or biological factors that are environmental causes.7 A nutritional deficiency, such as vitamin B or folic acid, or an excess of retinoic acid (vitamin A), which is clinically indicated to treat cystic acne but is highly toxic for women during the first trimester of pregnancy, cause major craniofacial birth defects.7-15 Epigenetics describes the single or multiple gene environment interactions required for craniofacial morphogenesis and development.15 Mutations or changes in the “spelling of genes” under the influence of various environmental factors cause human and animal craniofacial birth defects.7-15

Providing oral health care to patients with these disorders requires an understanding of their special needs.

When Do Oral-facial Clefts Develop?

Many authors suggest that oral-facial cleft development is related to when craniofacial tissue structures fuse with one another during embryonic development.5-6 For example, cleft lip results from the failure of the nasal prominences to converge or fuse; the lips fuse by 5 to 6 weeks after fertilization/conception.5-6 Others indicate that the position and timing of cranial neural crest emigration from rhombomeres within the hindbrain predetermine facial clefting; these crest cells emigrate into the forming first branchial arch.1,2,10 Thereafter, these cells differentiate within the forming maxilla and mandible to become many different cell phenotypes including dermis, bone, cartilage, cementum, muscle, dental pulp, and dentin.1,2,10 The neural crest emigration begins at 3 weeks.4,5,9,10,15 Yet other authors assert that the epigenetic determinants (such as maternal smoking and alcohol consumption and/or inherited genetic mutations or misspellings) are present at the very conception of the new organism and can affect multiple stages of embryonic and fetal development.4-6,9-15

Can Oral-facial Clefts Be Repaired?

Immense scientific and technological advances, based on research in human genetics, bio-imaging, computer-assisted surgical planning, craniofacial and oral-maxillofacial surgery, otolaryngology, ophthalmology, neurology, general anesthesiology, intensive unit pediatric nursing care, biomaterials, and prosthodontics, have all made oral-facial surgical repair a very predictable and truly science-based procedure. Currently, pediatricians and surgeons try to plan cleft lip surgical closure soon after birth and within the first 3 months of an infant’s life.16,18 Surgical closure of cleft palate is usually scheduled between 9 and 18 months and is coordinated with generalized patterns of facial development, especially the nasal and palatal processes and the relative size of the tongue.5-6,16,18 During the gap between cleft lip surgery and cleft palate surgery, prosthodontic devices called obturators are designed and formed from plastics to meet the changing functional requirements of the infant such as breathing, feeding, and swallowing.

What Are The Special Needs of These Patients?

Today, craniofacial malformations are often diagnosed by ultrasound during the end of the first trimester of pregnancy. This diagnosis and the communication with parents raise a number of ethical issues and may initiate a set of complex emotions within the expectant parents. They realize that they will soon be the parents of a “special needs child.” Soon after birth, there may be problems with feeding, ear disease, and speech development, as well as dental problems depending on the position and severity of the birth defect(s). Infants, toddlers, and children with isolated cleft lip, for example, may present different problems than patients with bilateral cleft lips as well as cleft palate. Moreover, patients with cleft lip and cleft palate may also present these craniofacial features as part of a syndrome that could involve heart and limb or other defects. Each child with craniofacial birth defects requires individualized attention including treatments, therapeutics, and anticipated outcomes.7,16,18-19 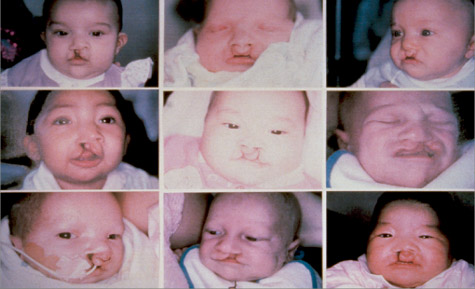 FIGURE 1. These examples of facial clefting are dysmorphogenesis limited to the face

or areassociated with other clinical phenotypes within a craniofacial syndrome.

Can Craniofacial Birth Defects Be Prevented?

There are several strategies to reduce birth defects in the United States. Most important, scientific studies have documented that many birth defects can be prevented or reduced through healthy choices before and during pregnancy.3 Specifically, prenatal care with a healthy diet, appropriate exercise, and the prudent use of multivitamins with folic acid reduce or prevent birth defects. The elimination of alcohol and tobacco consumption before and during pregnancy significantly reduces the prevalence of birth defects including premature, low birth weight infants.7-8,10-15,17 In addition, since approximately 20% of the malformations are caused by genetic mutations inherited according to the principles of Mendelian Inheritance, genetic counseling can be useful to provide to prospective parents and the larger society.5-6,15 Beyond single gene mutations, a much larger number of craniofacial malformations result from multiple gene-environment interactions.4,1019 They are often the result of polygene patterns of inheritance and these multiple genes interact with one another as well as with various environmental factors to produce congenital craniofacial birth defects.11-15,17,19 The recent advances in the human genome, completed in April 2003, and numerous molecular tools have and continue to improve defining relative risk or susceptibility to craniofacial birth defects. A large number of genes have been implicated in cleft lip and palate and some of these include the muscle segment homeobox gene MSX1 (a transcription factor); proto-oncogene BCL3 (an ocogene, “viral-like”); and growth factors, such as transforming growth factor-alpha and transforming growth factor beta 2 and 3.1-,17,19

A great deal has been learned from an array of disciplines with a shared interest in craniofacial dysmorphogenesis. Fundamental research discoveries have led to an improved understanding of craniofacial development. In addition, significant progress has been made to translate scientific advances into patient care and this is most evident with risk assessment, disease prevention, diagnostics, treatments, and biomaterials. Available evidence indicates that the vast majority of craniofacial birth defects are caused by multiple gene/environment interactions with associated environmental insults. Environmental insults include maternal lifestyle factors including alcohol, smoking, infection, and diseases, and nutrient deficiencies, eg, folic acid, or excesses, eg, vitamin A. The dental hygiene professional can play a significant role in all aspects of health promotion, risk assessment, disease prevention, and management of patients with craniofacial birth defects over a lifetime.

Harold is a professor and dean emeritus at the Herman Ostrow School of Dentistry, University of Southern California in Los Angeles. As former director of the National Institute of Dental and Craniofacial Research (NIDCR), one of the major accomplishments of his tenure at NIDCR was completion of the first United States Surgeon General's Report, Oral Health in America, to focus exclusively on craniofacial and oral health. Slavkin is a member of the National Academy of Medicine and a fellow in the American Association for the Advancement of Science. A cofounder of the Santa Fe Group, an oral health think tank, he was recognized with the 2016 William J. Gies Award for Vision as a Dental Educator and the 2016 American Association for Dental Research Jack Hein Pubic Service Award for promoting oral health research activities to a wide constituency. 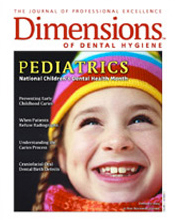