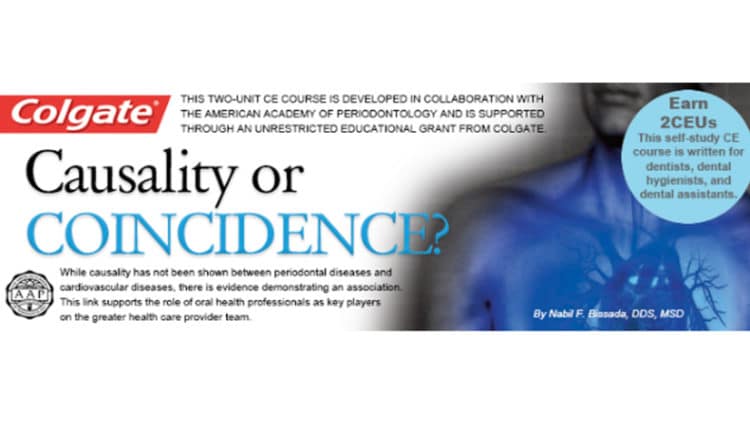 A look at the emerging evidence surrounding the association between periodontal diseases and cardiovascular diseases.

By Nabil F. Bissada, DDS, MSD On Sep 5, 2014 0
PURCHASE COURSE
This course was published in the September 2014 issue and September 30, 2017. The author has no commercial conflicts of interest to disclose. This 2 credit hour self-study activity is electronically mediated.

The Colgate-Palmolive Company is committed to ensuring that practicing dental professionals have access to the latest educational resources and is delighted to have provided an unrestricted educational grant to support a series of articles on topics discussed during the workshop, in collaboration with the AAP. The first article of this series examined the evidence related to diabetes. “The Bidirectional Link” can be found in the March 2014 edition of Dimensions of Dental Hygiene. This second article “Causality or Coincidence?” provides a very thought-provoking review of the proposed mechanisms of causality and the factors needed to establish a causal relationship. I hope you find the article a valuable resource to help manage the patients at risk of CVD in your practice.

FROM THE AMERICAN ACADEMY OF PERIODONTOLOGY

The American Academy of Periodontology (AAP) is committed to supporting the science behind the relationship between periodontal diseases and CVD. Our joint workshop with the European Federation of Periodontology in November 2012 reviewed a variety of studies examining this link and resulted in clinical recommendations that enable dental professionals to determine the most optimal treatment options. On behalf of the AAP, I would like to thank the Colgate-Palmolive Company for its support of this important workshop. Additionally, Colgate-Palmolive has generously provided funding for this ongoing article series. The second installment “Causality or Coincidence?” authored by AAP member Nabil F. Bissada, DDS, MSD, provides an overview of the evidence behind the link between periodontal diseases and CVD, and describes what research is needed to confirm causality. This article dispels the notion that the relationship between periodontal diseases and CVD is simply a coincidence, and serves as a helpful resource in patient care.

Clinical Professor and Director of Clinical Research, Department of Periodontics 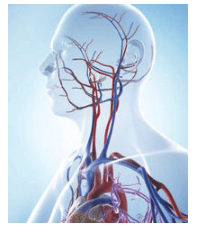 The fact that oral diseases can affect overall health has been long established. Over the past several years, numerous epidemiologic and clinical studies have reported associations between periodontal diseases and cardiovascular diseases (CVD). Some studies have reported no relationships, which suggest that if such associations are genuine, they may be subtle. Epidemiologic studies imply that the relationships are multifactorial, but such studies are limited by design insofar as they cannot clearly establish causation. Causation is difficult to establish in epidemiology. The implications of establishing a causal relationship between periodontal diseases and CVD are profound for oral health professionals.1–10 If a causal relationship exists, control of periodontal diseases will be as important as smoking, diet, and exercise in both the prevention and management of CVD. 11,12

The proposed mechanisms by which periodontal diseases may cause or aggravate CVD include: 13–18

THE ROLE OF INFECTIONS AND PERIODONTAL PATHOGENS IN CARDIOVASCULAR DISEASES

Infections, such as periodontal diseases, may increase blood viscosity while increasing its coagulability. Individuals with high levels of plaque and gingival inflammation show elevated numbers of leukocytes and higher levels of fibrinogen.13 Cytokines, growth factors, and other proinflammatory mediators can also be atherogenic.6,7,16,18–22 Some strains of Streptococcus sanguis, as well as other Gram-negative periodontal pathogens, selectively bind to blood platelets.14 These pathogens result in larger aggregation on heart valves, greater leukocytosis, more myocardial ischemia, and higher mortality rates.1,4,13

Periodontal pathogens also produce a systemic immunological challenge via the release of bacterial endotoxins. Nguyen et al23 demonstrated the presence of Porphyromonas gingivalis lipopolysaccharide in atheromatous plaque of coronary arteries using immunohistochemical and polymerase chain reaction in autopsy studies of patients with a history of CVD. Their work showed that 27% (four out of 15 specimens) of the coronary vessels harbored P. gingivalis lipopolysaccharide in the tunica media of the involved blood vessel (Figure 1), and not in other examined vessels (renal, abdominal aorta, and hepatic arteries). The authors concluded that localization of P. gingivalis lipopolysaccharide, specifically in coronary arteries, indicates a possible tissue attraction toward this blood vessel. This finding further supports the existence of a link between the periodontal pathogen P. gingivalis and CVD.

THE INFLUENCE OF THE INFLAMMATORY PROCESS ON DISEASE DEVELOPMENT 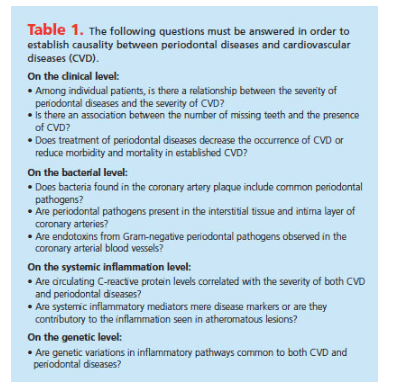 Individuals who ignore cardiac risk factors, such as smoking, diabetes, and elevated blood pressure, may also neglect their oral health.24 The possibility that oral infectious agents might directly or indirectly trigger the cascade of biological and biochemical reactions leading to inflammation, atherosclerosis, and vascular thrombotic events has been reported.25–27

Bazile et al28 noted an association between gingival inflammation and CVD—specifically acute myocardial infarction. The fact that both gingivitis or early periodontitis and CVD are preceded or accompanied by inflammatory processes suggests a relationship. Both conditions are chronic with acute episodic occurrences. Table 1 lists the questions that must be answered in order to establish causality.

EVIDENCE BASE SUPPORTING THE ASSOCIATION BETWEEN PERIODONTAL DISEASES AND CARDIOVASCULAR DISEASES

To date, there is substantial evidence supporting the association between periodontal diseases and CVD. This relationship could be due to the similarity of risk factors between the two diseases,12 including:

These common risk factors may be either coincidental (confounding variables) or common sources of disease.31

Several studies have examined the hypothesis that there is a causal relationship between periodontal diseases and CVD. For example, a series of clinical, epidemiologic, and microbiologic investigations in live patients and in cadavers was conducted in the Department of Periodontics at Case Western Reserve University (CWRU) in Cleveland. In one cross-sectional study, patients with CVD were found to have fewer remaining teeth than those without CVD.29 In another cross-sectional study, a significant positive relationship between signs of clinical gingival inflammation and CVD also was reported.28 Furthermore, a higher C-reactive protein (CRP) concentration was found in patients with unstable angina or myocardial infection and severe periodontitis than in patients with stable angina and mild periodontitis.22

The presence of bacterial DNA in coronary arteriosclerotic blood vessels also was demonstrated in an autopsy study at CWRU.32 Of the 41 examined coronary atheromas, 95% (39 out of 41 specimens) contained bacterial DNA. Of these, 49% (20 out of 41 specimens) were infected with at least one periodontal pathogen and 50% (10 out of 20 specimens) of the infected atheromas were associated with the presence of more than one periodontal pathogen. As seen in Figure 2A through Figure 2D, the narrower the involved atherosclerotic blood vessel, the higher the prevalence of periodontal pathogens.32 Furthermore, in a follow-up in vivo study, a positive trend was seen in specific bacterial DNA in coronary atheroma that exactly matched subgingival bacterial DNA in dental plaque of the same individual.33 In an autopsy study of patients with a history of CVD, P. gingivalis DNA was not only found within the atheroma lesion, but also in parts of the coronary artery slightly removed from the atheroma lesion (Figure 3). The authors concluded that the in vivo presence of P. gingivalis in nonatheromatous sites of the coronary artery suggests that this periopathogen can actively invade arterial intima rather than be coincidentally trapped by the existing atheroma.34 This indicates that P. gingivalis may play a role in infection, culminating in the development of an atheromatous lesion. Interestingly, not only bacterial DNA, but also P. gingivalis lipopolyaccarides and interleukin-1B were detected in the atheromatous plaques.34

The association between periodontitis and atherosclerosis has also recently been evaluated by several indirect measures of atherosclerosis.4,25–27 For example, the intima-media thickness (IMT) of the carotid arteries in relation to periodontitis has been assessed in 19 studies, 11 of which found a higher IMT in patients with periodontitis. Interestingly, nonsurgical periodontal treatment has been shown to improve arterial function and/or reduce severity of atherosclerosis 6 months to 12 months after intervention,5,6,9 demonstrating that the regeneration rate in the IMT is relatively slow. Findings of a recent study also indicate that a single session of nonsurgical treatment for periodontal diseases significantly reduced the thickness of artery walls, a risk factor for CVD.13 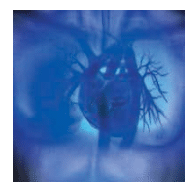 Periodontitis, once established, engenders a biological burden of endotoxin (lipopolysaccharide) and inflammatory cytokines, which serve to initiate and exacerbate atherogenesis and thromboembolic events. Although periopathogens have been detected in carotid and coronary atheromas, their exact role needs to be further investigated.

It seems that interventional periodontal care is invaluable not only for oral health, but for systemic health as well. The development of a wide-ranging system of prevention that incorporates multiple behavioral risk factors related to both periodontal diseases and CVD, instead of addressing risk factors related to only one disease may prove beneficial for the health of the general public. Involving oral health professionals in a broad effort to promote healthy behaviors, in addition to their role in treating and managing periodontal and oral infections, is warranted.

Nabil F. Bissada, DDS, MSD, is a professor, chair of the Department of Periodontics, and director of the post-doctoral graduate program in periodontics at the School of Dental Medicine, Case Western Reserve University in Cleveland. His expertise is in prevention and treatment of periodontal diseases. Bissada also maintains a private periodontal practice in Cleveland. He has authored and coauthored more than 150 articles in the peer-reviewed literature and has lectured extensively both nationally and internationally. Bissada can be reached at: [email protected] 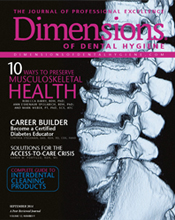