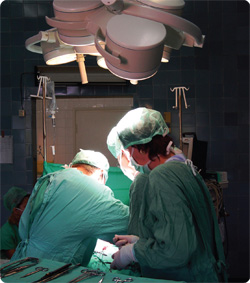 Q. What is the effect of bariatric surgery on people with type 2 diabetes?

A. When performed on obese or morbidly obese patients with type 2 diabetes, the research shows that bariatric surgery completely resolves approximately 75% of this patient population’s diabetes.1 Most of these patients essentially do not have diabetes any longer, following the surgery. (See sidebar for more information on bariatric surgery.2)

Q. Are these results unrelated to weight loss?

A. No, essentially, the number one risk factor for type 2 diabetes is being overweight. As a nation, the fatter we get, the greater the incidence of type 2 diabetes. Obesity, especially morbid obesity, dramatically increases the risk of type 2 diabetes. Overweight and obese are defined by body mass index (BMI), a number calculated from a person’s weight and height. Table 1 provides an example of BMI for a person who is 5’9”. An adult who has a BMI between 25 and 29.9 is considered overweight and an adult with a BMI of 30 or higher is considered obese.3 Those with a BMI greater than 35 are considered morbidly obese.4 Addressing a weight problem in people with type 2 diabetes can also have a profound effect on their diabetes without bariatric surgery. If 10% of their body weight is reduced, their need for medication may be eliminated or greatly reduced. Cytokines produced by fat cells increase insulin resistance. In order for glucose to be used by muscle cells properly, insulin needs to allow the glucose to get out of the bloodstream and into the muscle cells. In people without diabetes, when they eat a meal and their blood sugar level rises because there was glucose in the meal (carbohydrates), their blood glucose level rises. In order for the glucose to get out of the bloodstream and into the muscle where it’s used for energy, the body has to be producing insulin and the insulin has to be able to bind to the receptors that are on the muscle cells. People with type 2 diabetes develop insulin resistance. Their pancreas is making insulin but when it goes out in the bloodstream and into the receptors on the muscle cell, it doesn’t work properly. Because the insulin doesn’t work on the muscle cell that means the door of the muscle cell will not open. It won’t allow glucose to get inside the muscle cell.

Q. What about the people who are seeing a remission of their diabetes almost immediately following the bariatric surgery before there is time for significant weight loss?

Diabetes is often resolved days after the bariatric surgery before significant weight is lost. This resolution is due to hormonal factors. The hormones in the stomach that mediate the way that glucose is metabolized are affected differently when the distal stomach is bypassed. The study of the impact of various bariatric procedures on gut hormones is receiving increasing attention. When the stomach is bypassed, there is a host of hormones that are produced in the gastrointestinal tract that affect glucose metabolism. Many of these are produced in the stomach. If the stomach is bypassed, many of those hormones are no longer produced. Some of those hormones adversely affect glucose metabolism. When these hormones are eliminated, glucose metabolism is restored to normal even without weight loss. Current metabolic studies of patients with diabetes who are undergoing bariatric surgery have shown improved insulin dynamics, a decrease in inflammatory mediators, and an improvement in insulin sensitivity.1 In other words, hormones in the gut can adversely affect insulin sensitivity, making the tissues more resistant to insulin and when the stomach is bypassed, the elimination of the hormones from the system improve insulin sensitivity.

Q. Does bariatric surgery have any effect on people with type 1 diabetes?

Brian L. Mealey, DDS, MS, is a professor and director of the graduate program in the Department of Periodontics at the University of Texas Health Science Center School of Dentistry at San Antonio. He has published more than 100 articles, abstracts, and textbook chapters in the scientific literature, with an emphasis on the relationships between oral and systemic health. 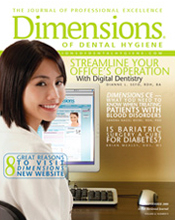