All probing depths should be recorded at six circumferential points around the dentition. These measurements establish a recording of the patient’s periodontal baseline. It is not only in the best interest of the patient to create an accurate charting of probing depths, but it is also in the interest of the practice from a medical-legal standpoint.

Accuracy has another advantage: If multiple clinicians in the practice are seeing the patient at different times, the math is easier when the numbers are more precise. For example, when a subsequent reevaluation of the patient occurs, a 2 mm change is not likely a major concern if the initial probing depth is 1 mm. A 3 mm probing depth that becomes deeper by 2 mm is, however, worrisome, as it is now a 5 mm pocket. A 5 mm pocket is more difficult to debride. In addition, this change over a short time indicates an increased rate of attachment loss.

Periodontal charting must also record the level of the gingival margin. This relates to gingival recession, which is a manifestation of periodontal attachment loss. The combined measurement of recession and probing depths reveals the true amount of periodontal attachment loss. Probing depths around a given tooth may not change over time, but the gingival margin may recede more apically, resulting in additional root exposure.

Which type of tooth is involved is important when considering probing depths, gingival recession, and prognosis. A facial probing depth of 3 mm when associated with root exposure of 5 mm poses a greater risk for maintenance when it is tooth #24 vs tooth #22. Generally, the root length and diameter of mandibular central incisors are significantly less than the root length and diameter of mandibular canines. Accurate recording also allows for a discussion of prognosis and risk. Another concern is bleeding on probing.

Haffajee and Socransky reported bleeding on probing as indicative of the presence of red complex bacteria. Although bleeding on probing is a low predictive value for disease progression, this finding represents a potential risk for continued attachment loss. The finding of bleeding on probing should be recorded at the site where it occurs, even when the probing depth is 3 mm or less.

When considering how often to chart patients, an annual recharting is likely the best course to follow. The American Academy of Periodontology recommends probing six points circumferentially around every tooth at every prophylaxis or recare visit. Any changes in periodontal measurements should be charted, as well as the presence of no changes. This record will be beneficial in risk management and for reimbursement if the patient needs more advanced periodontal therapy.

This information is from the article Periodontal Charting by Timothy J. Hempton, DDS. To read the article, click here.
0
Share PrintEmailFacebookTwitterLinkedin 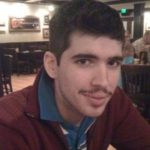 Educating Your Patients About the Pfizer and Moderna Vaccines