The Complexity of Addiction

How to address the oral health needs of patients experiencing drug abuse and addiction problems.

By Kimberly K. McFarland, DDS, MHSA and Eric Y.K. Fung, PhD On Apr 20, 2011 0
PURCHASE COURSE
This course was published in the April 2011 issue and expires April 2014. The authors have no commercial conflicts of interest to disclose. This 2 credit hour self-study activity is electronically mediated.

More than 19 million Americans over the age of 12 years have engaged in illicit drug use, according to the Department of Health and Human Services.1 Drug abuse and “addiction” for defining the overall behavioral syndrome and applies the same criteria to all types of substances regardless of their classification.6 It is important for dental health providers to be aware of the principles regarding drug addiction and treatment. These principles have been established by the National Institute of Drug Abuse and are presented in Table 1.7

Drug addiction is neither a weakness in character nor a moral issue. The most widely accepted theory of drug addiction is the disease model, which defines drug addiction as a brain disease over which the individual has no control.2,4,5 Some psychoactive drugs of abuse (marijuana, cocaine, and methamphetamine) change the structures and/or functions of the brain.2,4

Addictive drugs directly or indirectly activate the brain’s reward system by markedly increasing the release of dopamine. Dopamine is a neurotransmitter that regulates emotion, cognition, movement, motivation, and pleasure. Overstimulation of the brain reward pathway with dopamine produces intense euphoric effects and sensations that are further reinforced or strengthened by continued drug use.3,4,5 Figure 1 illustrates the pathways of dopamine in the brain.

Abuse occurs with legal drugs, such as alcohol, nicotine, and prescription drugs, as well as illicit drugs, such as marijuana, cocaine, heroin, and hallucinogens.2 Table 2 provides information about some of the most commonly abused illicit drugs.8 Drug abusers often present with telltale signs of their addiction. Some symptoms will not be determinable during a dental appointment, such as loss of appetite and sleeplessness, but others may be quite noticeable even during routine examinations. Table 3 lists the most obvious physical signs of drug abuse.4,9-11

Oral problems of drug abuse are complex and include not only the direct effects of the drug but also the results of poor dietary and oral hygiene habits.11-14 Table 4 lists some common oral manifestations of drug abuse. Drug abuse may cause suppression of the immune system, making patients more susceptible to other health problems. Diminished self-esteem, depression, and lack of motivation are also signs of drug abuse and may negatively affect patients’ ability to adequately perform oral hygiene and regularly visit their dental provider.15

Diminished financial status may preclude dental treatment. When treatment becomes possible, the only financially viable alternative may be tooth extraction. Addicts may also use dental pain as a way to legally obtain pain-relieving narcotic prescriptions or their use of mood-altering altering substances may diminish the pain of their oral health problems.15

Drug and alcohol/tobacco users have a higher incidence of oral lesions, oral candidiasis, oral ulcerations, and gingival laceration. Leukoplakia, leukoedema, hyperkeratosis (Figure 3), angular cheilitis, and stomatitis are more common among users. The use and abuse of alcohol and tobacco also greatly increases the risk of oral cancer.17,21

Past and present drug use history should be included on all patient medical history forms. For those in treatment, tandem treatment planning should be conducted with appropriate medical providers. For patients suspected of drug abuse or addiction, dental professionals should encourage patients to see their primary physicians or refer to addiction treatment specialists. It is imperative that patients receive treatment due to the degenerative effects of continued drug use in addition to increased risk of hepatitis and human immunodeficiency virus infection, and infective endocarditis.15

Due to the development of cross tolerance (defined as decreased pharmacological effects of a drug due to previous exposure to other similar drugs), chemically-dependent patients may show a reduced response to local anesthetics.2,22 Therefore, the patient may require more local anesthesia during a dental procedure, though the maximum amount of local anesthesia that can be administered remains unchanged.23 Since chemically dependent patients are at increased risk of cardiovascular complications with epinephrine, a local anesthetic preparation without a vasoconstrictor, such as 3% mepivacaine, can be used. Nitrous oxide analgesia should be avoided in chemically-dependent patients because it is a mood-altering drug and may increase the potential for further drug abuse by creating the same or similar pleasurable sensations.4,7 Post-operative pain strategies should only include aspirin, acetaminophen, or nonsteroidal anti-inflammatory agents.15 However, these medications are contraindicated in patients with liver dysfunction, gastrointestinal disorders, or blood dyscrasia.15

In patients with identified drug use or addiction, strategies for dental disease treatment and prevention can be determined. For patients experiencing xerostomia, mouthrinses containing alcohol should be avoided and saliva substitutes and oral lubricant sprays can be recommended. Effective oral hygiene must be stressed as well as consistent exposure to fluoride to reduce caries risk. The topical application of fluoride via varnish may be indicated. For those at high risk of xerostomia, high doses of fluoride or the use of chlorhexidine mouthrinses may be the best treatment options.24

Patients experiencing drug addiction can be treated in the general dental office. Understanding the symptoms of drug addiction and resulting health effects in addition to cooperation with other medical team members can ensure the smooth and successful provision of oral health services. 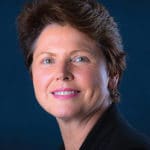 Kimberly K. McFarland, DDS, MHSA, chairs the Department of Community and Preventive Dentistry at Creighton University School of Dentistry in Omaha, Nebraska. She also serves as a Health Resources and Services Administration consultant to the University of Nebraska Medical Center (UNMC) Pediatric Dental Residency Program at Children’s Hospital. McFarland can be reached at: [email protected]

Eric Y.K. Fung, PhD, is a professor of pharmacology in the Department of Oral Biology at theUniversity of Nebraska Medical Center, College of Dentistry. His research interests include the effects of nicotine on bone growth, central effects of drugs of abuse, and the release of bisphenol A from dental sealants. 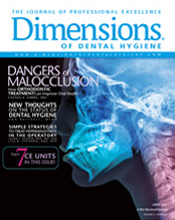