Patients at risk of tooth decay can sway the caries balance toward remineralization with these simple strategies.

In caries management, both the disease process and the demineralized lesion need to be addressed in order to maintain oral health. In the initial stages of demineralization where calcium and phosphate ions dissolve from the tooth crystal, the caries process can be reversed. Remineralization of the tooth surface involves introducing calcium and phosphate ions externally to the crystal voids.1 The most important steps in the remineralization process are identifying the causative factors (diet, host response, microbial challenge)2,3 and then providing patient-centered caries preventive education and treatment. Demineralization can be offset or prevented by the use of calcium-based products and increasing the dietary consumption of calcium-rich foods.

Research shows that the use of amorphous calcium phosphate (ACP) is helpful in caries prevention.9 ACP dissolves quickly and provides fast apatite reprecipitation for a demineralized lesion.9 In the oral environment, ACP is unstable because the calcium and phosphate are delivered separately, which enables the precipitation of ACP on the tooth surface. A reservoir of calcium ions and phosphate ions is created when ACP is delivered to the tooth surface. ACP is found in toothpastes, fluoride varnish and gel, a prophy paste, sealants, desensitizing agents, and whitening products.

Casein phosphopeptide-ACP (CPP-ACP or Recaldent™) is a natural, sticky, milk protein that has demonstrated efficacy in remineralization and caries prevention.8 CPP-ACP stabilizes bioavailable calcium and phosphate ions in saliva. It also localizes in the plaque matrix and on tooth surfaces to produce a reservoir of bioavailable calcium ions, where the minerals are readily available during an acid challenge.5,10,11 CPP also stabilizes amorphous calcium fluoridephosphate (ACFP), which has a greater remineralization effect on caries lesions than fluoride and CPP-ACP alone.5,10,12 CPP-ACP is available in a paste, fluoride varnish, and chewing gum. 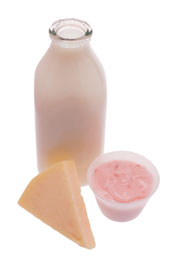 Calcium sodium phosphosilicate (CSP or Novamin®) is a bioactive glass that was originally designed to regenerate bone. It releases calcium ions, phosphate ions, and sodium ions in the presence of saliva. The calcium and phosphate ions, once buffered by the sodium, are able to support remineralization. CSP is frequently used as a desensitizing agent, but may also be effective in preventing dentin demineralization and in remineralizing caries lesions.13 It is available in dentifrices, a prophy paste, desensitizing agents, and an air polishing powder.

The newest calcium phosphate technology on the market is tri-calcium phosphate (TCP). This material combines beta TCP and sodium lauryl sulfate to generate a “functionalized” calcium and a “free” phosphate. The beta TCP keeps the calcium ions protected while the phosphate is free, which prohibits the calcium from prematurely reacting with fluoride before reaching the tooth surface. This barrier is released once the TCP is exposed to saliva on the tooth surface, disseminating calcium ions, phosphate ions, and fluoride ions.14 TCP is available in prescription 5,000 ppm fluoride toothpastes and a fluoride varnish.

Evidence suggests that diary products are beneficial for the prevention of dental caries.15,16 A high intake of yogurt may lower  the prevalence of dental caries in young children.17 Consumption of dairy products, specifically cheese, during pregnancy has also been linked to reduced dental caries in early childhood. However, no clear relationship between milk consumption and caries reduction has been noted.18 Consuming cheese on a regular basis can prevent demineralization by stimulating saliva and increasing calcium and phosphorus concentration in dental biofilm.19 When consumed regularly, calcium and phosphate are readily available during acid attacks and can prevent dissolution of enamel.

Ravishankar et al20 looked at the effects of dairy products on calcium and phosphorous levels in plaque biofilm. The study contained 68 caries-free and caries-active subjects who were randomly assigned to three different groups where they consumed a specific dairy product—milk, yogurt, or cheese—or to a control group. Participants had their plaque biofilm analyzed to assess calcium, phosphorus, and pH levels after consuming their assigned dairy product and then rinsing with water. Subjects were asked to refrain from oral hygiene behaviors for 48 hours and not to consume any food prior to the collection of their plaque samples. Those who consumed cheese experienced the most significant increase in plaque calcium and phosphorus levels, followed by the participants who ate yogurt. The group who consumed milk, as well as the control group, did not experience a meaningful increase in calcium or phosphorus levels. The study concluded that cheese and yogurt (without added sugar) provided cariostatic properties due to their ability to increase calcium, phosphorus, and pH levels in dental plaque biofilm. As such, the study authors suggest that the consumption of certain dairy products after meals may aid in remineralizing the tooth surface.20

People at risk of dental caries may be well served by consuming the bacteria in yogurt, cheese, and probiotic-containing milk as they decrease mutans streptococci in dental plaque and saliva.20,21 Studies conducted in vitro also found that the CPP in yogurt inhibits demineralization and promotes remineralization of dental enamel.22 CPP in yogurt may also incorporate into the salivary pellicle, reducing bacterial attachment to the tooth.23

M. Anjum Shah, BSDH, MS, RDH, is an assistant professor in the Department of Oral Health Promotion and Community Outreach at Virginia Commonwealth University in Richmond. Her teaching responsibilities include first-year dental hygiene didactic and preclinical teaching and clinic supervision. Shah was a 2011 American Dental Education Association/Academy for Academic Leadership Institution of Teaching and Learning Scholar. She is also a member of Dimensions of Dental Hygiene's Peer Review Panel. 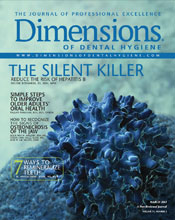