Q. Tooth whitening is a frequently requested procedure. What are some of the statistics on the percentage of patients who request some form of tooth whitening?
A. According to an independent study commissioned by the American Academy of Cosmetic Dentistry (AACD), the first factors noticed about a person’s smile are whiteness and color of teeth.1 Respondents were asked what they would most like to improve about their smile. The most common response was whiter and brighter teeth.

A survey of 5,500 dental practices conducted by the AACD revealed that averages of 70 whitening procedures were performed per practice in 2006.2 These procedures generated an average of $25,000 per practice for a total of $138.8 million. The results represent only the practices responding to the survey so these numbers could be multiplied many times over when the untold number of people who are whitening their teeth independent of dentists is considered. The exact number of patients who request some form of tooth whitening is unknown, however, there is no doubt that whitening is one of the most popular procedures in dentistry today.

Q. What is your opinion about the use of whitening lamps during tooth whitening procedures?
A. The use of whitening lamps is growing most likely because of the extensive marketing happening in this area. For instance, whitening with supplemental lighting appears on television reality shows, billboards, and at kiosks in shopping malls. Currently, whitening with supplemental lighting is a controversial topic in dentistry because some studies have not shown a difference between light and no light treatment.4,5 However, in a clinical study we recently conducted, we were able to demonstrate improvements in whitening when using a chairside whitening lamp.6 The color change improvements were measurable using instrumental and visual methods. While the overall results were statistically significant, individual outcomes were still patient-dependent. In other words, some patients showed dramatic results with the light, while others were less observable. This variance is probably due to the differences in the density of teeth.

Q. What is the best way to monitor color change during tooth whitening?

A. From a clinical research perspective, the use of both instrumental and visual methods is beneficial. This involves using a color instrument, such as a spectrophotometer, and a visual method, such as a shade guide with a wide color range and uniform color distribution. For tooth whitening in the dental office, any shade guide that documents the pre-operative shade along with pre-operative patient photographs will serve to monitor color change. If the patient is willing to whiten just one arch at a time, then the opposing nonwhitened arch is the best guide for the dental professional and the patient to monitor color change. This strategy helps with patient compliance and motivation because the patient can look in the mirror and see the difference in color. When both arches are whitened at the same time, even though color change is occurring, patients may start to question whether they’re getting results because it’s difficult for them to see the difference, which can lead to problems with compliance.

Q. Is dentinal hypersensitivity associated with more than one type of whitening?
A. Dentinal hypersensitivity is associated with all types of vital tooth whitening. One clinical study showed that approximately 50% of patients undergoing at-home tooth whitening with 15% carbamide peroxide or a placebo may experience mild sensitivity.7 While it was not clear why patients using the placebo experienced sensitivity, the authors suspected that the close contact of the gel itself along with overly aggressive toothbrushing may have contributed to the sensitivity.

Higher concentrations of bleach are associated with greater complaints of sensitivity.8 Any time the concentration of peroxide product is increased, the risk of the two main side effects of tooth whitening— gingival irritation and tooth sensitivity— also increase.

Q. What protocol do you recommend for patients to address post whitening dentinal hypersensitivity?
A. It depends on whether the patient is undergoing at-home custom tray whitening or in-office power whitening. In my opinion, the best protocol to reduce post-whitening dentinal hypersensitivity is prevention through a clinical examination, which includes reviewing the patient’s dental history and identifying risk factors, such as existing decay, gingival recession, cervical abrasions, or a history of sensitivity. This in addition to supplementing with one of the aforementioned desensitizing agents will help manage most sensitivity caused by at-home tooth whitening. Before beginning in-office tooth whitening, patients should be provided with 600 mg (three over-the-counter tablets) of ibuprofen 30 minutes prior to the procedure. This can help reduce sensitivity during the procedure. However, a recent study showed that both patients who received the ibuprofen before the appointment and patients who received a placebo reported the same level of dentinal hypersensitivity 1 hour after the in-office procedure, which continued up to 24 hours.11 This means that additional doses of ibuprofen may be necessary following the in-office bleaching procedure to prevent post-operative sensitivity.

The views expressed in this interview are the author’s. 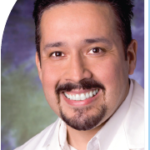 Joe C. Ontiveros, DDS, MS, is the director of Clinical Esthetic Dentistry and director of Oral Biomaterials for the University of Texas Dental Branch at Houston. He is the author of numerous publications related to esthetic biomaterials and contributor to Esthetic Color Training in Dentistry—Communication of Color and Appearance. Ontiveros is also a recipient of the American Academy of Esthetic Dentistry Merit Award. 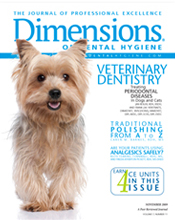