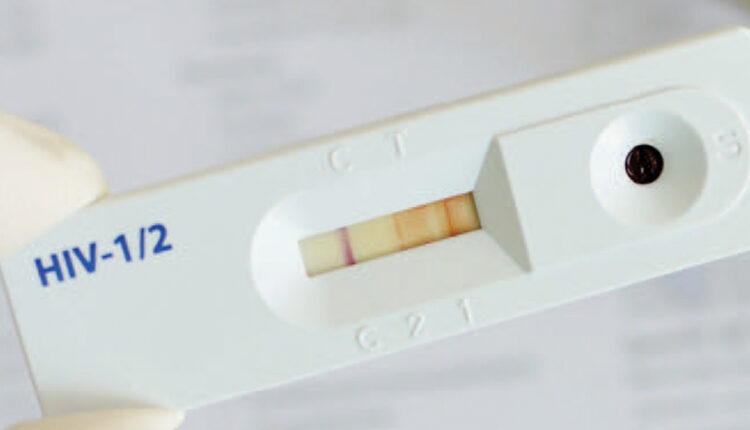 HIV testing in the dental setting can help patients get connected with the care they need to improve their long-term health outcomes.

By Lawrence Pizzitola, DDS On Jan 21, 2019 0
PURCHASE COURSE
This course was published in the January 2019 issue and expires January 2022. The author has no commercial conflicts of interest to disclose. This 2 credit hour self-study activity is electronically mediated.

Human immunodeficiency virus (HIV) has long been known to cause acquired immun­odeficiency syndrome (AIDS).1 As a retrovirus, HIV’s genetic material is in the form of ribonucleic acid (RNA), which requires a host cell for replication. The T lymphocytes of the immune system produce a glycoprotein called CD4 that attaches to the surface of the lymphocyte. The T lymphocyte with the attached CD4 glycoprotein is referred to as a CD4 cell. The virus enters the CD4 cell, replicates, and destroys the cell.2 As the number of viruses increases, the number of CD4 cells decreases and the individual’s ability to fight infection declines. A normal CD4 cell count ranges between 500 and 1,500 cells/mm3 (Table 1).3

Once an individual is infected with HIV, the amount of the virus in the blood can be measured and is reported as viral load. This is detected by measuring the amount of viral RNA in the blood and is stated in copies/per milliliter of blood. A higher viral load tends to lower the CD4 count. Therapy aimed at keeping the viral load at a low level allows the CD4 count to rise. Clinicians use antiretroviral therapy (ART) to treat HIV infections. Highly active antiretroviral therapy (HAART) is a term that indicates multiple drugs are being used for treatment. The goal of therapy is to keep the viral load of an HIV-infected person at reduced levels, which, in turn, promotes a rise in CD4 counts.4

Screening for diseases such as oral cancer is routine in dental practice, yet, according to information provided by the Mayo Clinic, there are no studies to prove that oral cancer screening saves lives.5 However, screening for HIV can lead to lifesaving treatment. The goal of HIV screening in the dental setting is to link HIV-infected individuals with proper medical care. If HIV screening shows a reactive result, the patient should be referred to a medical professional for confirmatory testing and diagnosis. In addition, individuals who are aware of their positive HIV status are less likely to engage in risky transmissive behaviors.6 This serves as an important preventive measure. Although HIV screening is not routinely done in dental offices, it can be an important tool—especially in the early stages of infection, when often there are no distinguishable signs or symptoms (Table 1). Linking HIV-positive individuals to medical treatment before symptoms occur is an important step in im­proving their health and reducing the probability of transmission. The use of ART and/or HAART has been significant in efforts to limit HIV transmission.7,8

The United States Centers for Disease Control and Prevention (CDC) defines HIV incidence as the estimated number of people within a specific period who are newly infected with HIV, and HIV prevalence as the number of people within a given population who are living with HIV, whether they are diagnosed (independent of the time of diagnosis) or undiagnosed.9 Note that incidence includes only newly infected cases. It does not include cases in which the individual may have been infected prior to the specified period.

In order to reduce the incidence of HIV infection, it is important to know how many HIV-infected individuals remain undiagnosed, and identify ways to access and link them to medical treatment. Table 2 shows the percentage in each subgroup that is estimated to be undiagnosed.13

The National Center for Health Statistics documents the percentage of subpopulations that had a dental visit in 2016; these data are summarized in Table 3.14 The data show the percentage of individuals visiting the dentist increased among blacks/African Americans and Hispanics/Latinos between 1997 and 2015. As long as this trend continues to rise, it presents an opportunity for oral health professionals to access disproportionately affected HIV populations. The significance of this access is that it raises the prospect of positively impacting epidemiological estimates of HIV-infected individuals who remain undiagnosed. While the trend of having a dental visit among the white subgroup declined slightly (which may be due to multiple factors), it remains at a higher level than the African American and Hispanic/Latino subgroups. At 64.6%, there is still a good chance of reaching many undiagnosed white HIV-infected patients.

Many studies have been done regarding HIV infection and transmission. Most provide subcategories of HIV-infected individuals on the basis of age, race, gender, and geography; they also consider HIV infections that result from drug injections. Reducing the percentage of undiagnosed HIV-infected cases requires accessing all individuals from all subcategories. Because anyone may experience the need for oral health care, the dental office is a universal access point. Moreover, HIV screening in the dental space can be a safe and confidential starting point for linkage to care.

Traditionally, HIV screening has not been viewed as a component of oral health care. However, a survey by Pollack et al15 showed positive associations between dentists’ willingness to provide HIV screening and patients’ and colleagues’ perceptions of the dental team’s role. This does not mean that HIV screening is a simple fit for the dental office. There are advantages and disadvantages of office practicality that need to be further assessed. That said, reducing the incidence of HIV-infected individuals is a major advantage.

Individuals with an acute stage of HIV infection have been shown to be more likely to transmit the virus than in later stages of infection.16 This makes early detection all the more critical from an epidemiological perspective. Rapid HIV tests yield results that will be termed either reactive or nonreactive. If the dental team finds a reactive response, referral to a medical professional for confirmatory tests can be made the same day.

Screening can be especially important in older adults.17 When performing a typical oral examination on an older adult, the oral health professional should be watchful for lesions that may be related to HIV infection. The dental setting is a good point of access to this population. The percentage of patients age 65 and older who had at least one dental visit in 2016 was 62.7%.14 In the case of HIV infection, early referral to medical care and initiation of ART is essential to prolong the life of older adults.

Advances in HIV drug research, along with better access to ART, are improving survival rates for HIV-infected individuals. This will increase the prevalence of HIV because more patients with HIV will live longer.18 The incidence of HIV is a reflection of recent transmission. This measurement should decrease if more newly infected individuals are linked to medical care through early HIV screening.

Regardless of population subcategory of HIV infection, two factors remain constant: the proportion of people who have a dental visit each year and the fact that ART is effective in extending life and reducing the probability of transmission. There is a significant difference in the chances of survival between an individual presenting for diagnosis who already has AIDS and someone presenting for diagnosis with an asymptomatic, newly diagnosed HIV infection. Early diagnosis leads to early treatment. A study by Samji et al19 indicates that the life expectancy for a 20-year-old HIV-positive patient on ART is nearly equal to that of the general population.

The epidemiological significance of early HIV screening in the dental setting can be discussed in terms of prevalence and incidence. Infected individuals may be diagnosed or undiagnosed; for the former, treatment with ART or HAART has significantly impacted the length and quality of life. Thus, access to early HIV screening is vital for those who remain undiagnosed. The more time that elapses between infection and treatment, the more likely the infection will progress to a critical stage.

In addition, the probability of transmitting HIV is higher in the early stages of infection. The transmission rate can be reduced through prompt intervention. Early screening for HIV infection links infected individuals with medical care and treatment. The percentage of individuals who visit the dentist at least once per year is high enough to provide dental teams with access to a significant proportion of the subgroups that comprise the majority of new HIV diagnoses. The dental office is a venue with great potential to reach undiagnosed individuals. In this fashion, early screening in the dental setting and referral for confirmatory testing can have a positive impact on the epidemiology of HIV.

Lawrence Pizzitola, DDS, is an assistant professor in the Department of Dental Hygiene at Farmingdale State College, New York. Before joining academia, he worked in private practice for more than 30 years. He can be reached at: [email protected] 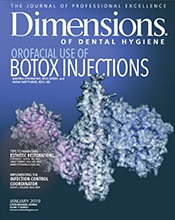