CHICAGO, April 14, 2015 — Dr. Marcelo W. B. Araujo has accepted the role of Vice President of The Science Institute for The American Dental Association (ADA). Dr. Araujo will focus on leading scientific and dental research projects and manage the research agenda, including ADA policies and programs pertaining to the Council on Scientific Affairs; Center for Evidence-Based Dentistry; ADA Research and Laboratories; Professional Product Review; Seal of Acceptance; Scientific Information; and Standards.

Dr. Araujo will also provide scientific guidance within the Institute and agencies of the ADA to address current and emerging scientific issues that affect public health, patient care, dental practice, national and international health programs. He will also collaborate closely with the ADA’s Chief Science Officer and serve as the liaison to American Dental Association Foundation’s Volpe Research Center. 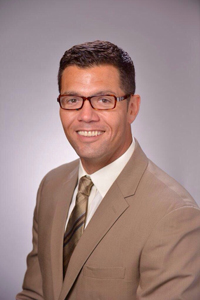 “I am honored to join the ADA and serve its members,” said Dr. Araujo. “I’m committed to leading the Science Institute with a dedicated focus on innovation and collaboration with other ADA divisions to increase member value and promote better oral health for the public.”

Prior to accepting this position with the ADA, Dr. Araujo served as the Senior Research Director within the department of Global Scientific & Professional Affairs at Johnson & Johnson Consumer Companies Inc., where he led a global team focused on five therapeutic areas of innovation aimed at improving public health and wellness. Prior to his work with Johnson & Johnson, Dr. Araujo served as the Senior Director of Global Clinical Research for Pfizer Consumer Healthcare, where he was responsible for the leadership of global clinical programs in cardiology. Prior to joining the pharmaceutical industry, Dr. Araujo held academic positions both in the US and in Brazil. He also practiced dentistry in his hometown of Rio de Janeiro, Brazil.

Dr. Araujo received his Doctor of Dental Surgery and earned a Certificate in Periodontology at Universidade Gama Filho in Rio de Janeiro, Brazil. He also received his PhD in Epidemiology and Community Health and Master of Sciences, Oral Sciences from State University of New York at Buffalo, where he also completed a fellowship in Periodontology research and teaching.

CHICAGO, April 14, 2015 — The American Dental Association welcomes Jim Lyznicki as Senior Manager, Council on Scientific Affairs. In this role, he will provide support to the Council and its expert consultants in programs such as the ADA Seal of Acceptance Program, ADA Professional Product Review and the Center for Evidence-Based Dentistry.

Prior to joining the ADA, Lyznicki was a senior policy analyst in the Science and Biotechnology unit at the American Medical Association (AMA) where he researched and wrote science policy reports on multiple clinical and public health topics. He also held positions at the University of Chicago Medical Center and the Rush Medical Center in Chicago.