Boston, Mass. (June 1, 2015) – Peggy Timothé, MPH02, an instructor in the Department of Restorative Dentistry and Biomaterials Sciences at Harvard School of Dental Medicine (HSDM), senior tutor and director of the Office of Diversity Inclusion at HSDM, has been named the recipient of the 2015 Michael Shannon, MD, MPH Excellence in Mentoring Award. The award recognizes the efforts of individuals who have made significant contributions to mentoring socioeconomically disadvantaged students. 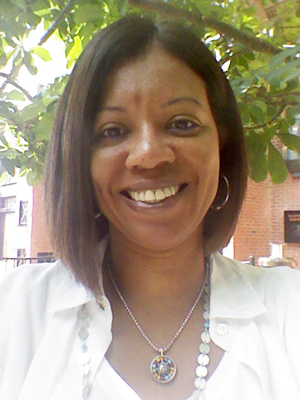 The award’s namesake, Michael Shannon, MD, MPH, was the first African American to become a full professor of pediatrics at Harvard Medical School (HMS). Dr. Shannon, who died in March 2009, was a pediatrician for more than 25 years, as well as a mentor and teacher. In addition to his accomplishments as a physician, he was also a well-known professional dancer.

“I am extremely honored to receive this award named for Dr. Michael W. Shannon. I learned that he was a good friend, colleague, husband, father, teacher, dancer and mentor,” stated Dr. Timothé. “Mentorship means someone will provide support and guidance, as well as listen. Dr. Shannon’s grace was seen externally due to his dance moves but also internally because he was gentle and caring. I recognize that I have some dancing shoes to fill,” she said.

Dr. Peggy Timothé was born in New York City. She attended New York University as an undergraduate and received her DDS from New York University College of Dentistry in 1994. She completed a postgraduate residency program at the Lutheran Medical Center (Brooklyn, N.Y.) in 1995. In 2002, Timothé received an MPH degree from the Harvard T.H. Chan School of Public Health and in 2003 completed a dental public health residency at the Centers for Disease Control and Prevention (Atlanta, Ga.). She has practiced dentistry in a variety of clinical settings, including community health centers, correctional health centers, and private practice.

“Peggy Timothe has proven to be the right choice for this task,” stated Bruce Donoff, Dean of HSDM. “She has brought amazing energy and dedication to our application process and the Office of Diversity Inclusion. She epitomizes the Michael Shannon Mentoring Award.”