Dr. Michael J. Foy Elected Speaker of the House of Delegates of the American Association of Orthodontists

Dr. Michael J. Foy Elected Speaker of the House of Delegates of the American Association of Orthodontists ST. LOUIS (July 6, 2015) — Michael J. Foy, DDS, MS, an orthodontist who practiced in Colorado Springs, Colorado, has been elected to

Dr. Michael J. Foy Elected Speaker of the House of Delegates of

the American Association of Orthodontists

ST. LOUIS (July 6, 2015) — Michael J. Foy, DDS, MS, an orthodontist who practiced in Colorado Springs, Colorado, has been elected to serve a three-year term as the Speaker of the House of Delegates (HOD) of the American Association of Orthodontists (AAO). The announcement was made recently at the AAO’s 115th Annual Session in San Francisco. The HOD is the policy-making body of the AAO and convenes at the AAO’s Annual Session. The Speaker of the House is a member of the AAO Board of Trustees (BOT) and an officer in the organization. The Speaker presides at meetings of the HOD as it elects officers, adopts the annual budget and acts upon reports submitted. The Speaker also serves as the liaison between the AAO BOT and the HOD, and performs customary and parliamentary obligations as required. 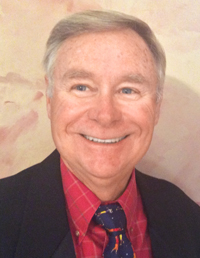 “It is a privilege to be elected as Speaker of the House of Delegates and to serve my fellow AAO members,” said Dr. Foy. “The goal of our organization is to provide resources that enable AAO members to provide their patients with the highest quality of care. I am humbled by this opportunity to contribute to the well-being of our millions of patients.”

Dr. Foy has been an orthodontist since 1980. He received his Bachelor of Science degree in 1970 from Creighton University, and his Doctorate of Dental Surgery from the University of Nebraska Medical Center College of Dentistry 1974. After joining the U.S. Army, Dr. Foy served four years of active duty at Tripler Hospital, Honolulu. Following his military service, Dr. Foy continued his education to become an orthodontist, and completed his Master of Science in Orthodontics in 1980 at the St. Louis University Center for Advanced Dental Education, Division of Orthodontics. Dr. Foy and his family moved to Colorado Springs, Colorado, where he was in the private practice of orthodontics until he retired in 2013. He also remained in the U.S. Army Reserves for 16 years, retiring in 1994.

Dr. Foy is a Diplomate of The American Board of Orthodontics (ABO). Long active in organized orthodontics and dentistry, Dr. Foy is a member of the AAO, the Rocky Mountain Society of Orthodontists (RMSO) and the Colorado Orthodontic Association. He maintains memberships in the American Dental Association (ADA), the Colorado Dental Association and the Colorado Springs Dental Society. Among his many leadership positions, Dr. Foy was president of the Colorado Summer Meeting for Orthodontists in 2004 and 2005. He served on the AAO Council on Orthodontic Health Care from 2002-2006; on the AAO Council on Governmental Affairs from 2006-2012; and as a delegate representing the RMSO to the AAO HOD, including service as RMSO’s Chief Delegate in 2014.

Dr. Foy has shared his dental expertise as a volunteer for many years. Among his missionary travels, Dr. Foy has made three trips to Belize with the Belize Mission to provide dental care for those in need. He has also volunteered for the Colorado Mission of Mercy, the Galapagos Dental Mission and the Guatemala Wheel Chair Mission.

Dr. Foy and his wife, Janet, reside in Colorado Springs.”

Dr. Michael J. Foy Elected Speaker of the House of Delegates of the American Association of Orthodontists