In 1972, dental hygienists in California began the process to develop independent practice. It would take 25 years to bring that vision to fruition with the registered dental hygienist in alternative practice (RDHAP). The road beyond the legal status has been fraught with setbacks and barriers, yet the RDHAP workforce continues to evolve, grow, and create opportunities to serve patients within the vast sea of underserved Californians.

In 1972, California passed a law called the Health Manpower Pilot Project Act, which allowed for demonstration projects to determine the effectiveness and safety of new roles in health care.1 The program continues today as the Health Workforce Pilot Project (HWPP).2  This regulatory mechanism is key to the 1997 passage of the law enacting RDHAPs.3 A pilot project, #139, was approved to test independent practice dental hygiene, and a comprehensive evaluation provided ample evidence that independent practice was both viable and safe.4–7 RDHAPs do not have expanded scope of practice; rather, they are unique in that they work independently of dentists. RDHAP educational programs are located at West Los Angeles College in Baldwin Hills and the University of the Pacific in San Francisco. These continuing education programs vary in their mix of in-person and online learning, as well as areas of focus, within a legislatively mandated set of content.8

The original pilot was not limited to underserved communities; however, the final legislative negotiation entailed this restriction under intense pressure from the California Dental Association.3 RDHAPs today may practice without the supervision of a dentist in private homes, schools, residential care facilities and other institutions, and in dental health professional shortage areas. However, to gain licensure, RDHAPs are required to have a “dentist of record” on file with the Dental Hygiene Committee of California for use in consultations and in emergencies.  In 2014, AB 1174 enacted new duties, including the placement of interim therapeutic restorations, after the expansion of practice was piloted via HWPP #173.9 In this case, RDHAP participation in the Virtual Dental Home demonstration project led to the expansion of scope of practice.10

Denti-Cal, the California Medicaid program, has included RDHAPs as a billable provider since their inception. Although restricted to working in underserved communities and settings, RDHAPS are not required to accept Denti-Cal; however, many RDHAPs are enrolled as providers. In 2009, RDHAPs estimated that 55% of their patients relied on these reimbursement programs.11 Although RDHAPs are legal billable providers, reimbursement has been problematic for years. These issues led to the recent passage of AB 502 that requires dental preferred provider organization plans and insurers that reimburse for dental hygiene services to pay RDHAPs as out-of-network providers without any separate registration process.

Legal oversight of RDHAPs changed in 2008 through the passage of SB853, which enacted the Dental Hygiene Committee of California (DHCC)—the first self-regulating body for dental hygienists in the United States. The DHCC oversees the licensing and regulation and approval of education programs for dental hygiene in California, but must submit scope of practice change recommendations for approval by the Dental Board of California.

Finally, in 2016, the California Dental Hygienists’ Association (CDHA) broke away from the American Dental Hygienists’ Association (ADHA) over conflicts around a revised charter agreement.12 Both organizations have been strong supporters of advancing practice for dental hygienists across the country. In 1983, the ADHA provided $150,000 in funding to support the RDHAP pilot project and continues to advocate nationally on behalf of advancing the profession. CDHA maintains a council on alternative practice that actively works to address RDHAP issues.

A number of qualitative and quantitative studies have examined the practice patterns and experiences of RDHAPs.8,11,13–17 In 2009, a survey of RDHAPs found the most common settings for practice were in private residences, residential facilities, and long-term care (LTC)/nursing facilities.11 From 2009-2014, Denti-Cal eliminated coverage for adults with the exceptions of those in LTC settings. Since then, RDHAPs have further focused on practice in this area and developed or joined group practices that specialize in mobile dentistry. Dating back to the original pilot, all studies have consistently found that RDHAPs improved access to care for underserved populations and practice in safe and effective ways. Individuals entering RDHAP practice are, on average, older and more established dental hygienists and more diverse than the average dental hygiene workforce. These studies also found a number of challenges, including:

Today, more than 600 RDHAPs practice in the state of California. The reliance on Denti-Cal as a source of funding for underserved communities is the largest challenge for RDHAPs, as well as a huge barrier for the patient communities that depend on this broken source of coverage. The California Department of Health Care Services Denti-Cal Division has been sharply criticized for its failure to provide adequate services to enrollees.18 Recent actions by Denti-Cal to limit payment for common RDHAP services, by requiring pre-authorization and radiographs, curtails their ability to practice. This may discourage RDHAPs from working in LTC settings, where they are often the only consistent care available.19

RDHAPs have been shown over the past 20 years to practice safely and effectively, and they have a long-standing and established commitment to working with the poor, disabled, elderly, and children. There is no reasonable rationale for continuing to legislatively limit their practice settings, particularly as the delivery system moves toward demanding interdisciplinary team-based care. If RDHAPs were able to see a greater mix of patients and work in a larger number of employment or collaborative arrangements in a variety of settings, they would be able to more effectively meet the needs of underserved patients. In short, fixing the Denti-Cal program is a prerequisite for success in addressing access to care in California. Given the low likelihood of a program overhaul, however, other strategies must be considered to enhance the effectiveness and reach of all dental providers. A broad commitment to improving dental care access would open more pathways for the current workforce to reach underserved populations. This would further drive system improvements that help integrate all members of the health care team, with the ultimate goal of improving health outcomes for all Californians.

From Perspectives on the Midlevel Practitioner, a supplement to Dimensions of Dental Hygiene. October 2016;3(10):32-34. 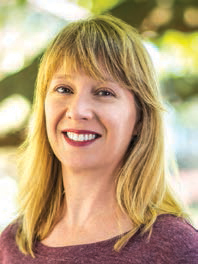 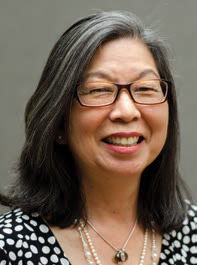 Ruth Kearn, RDHAP, MS, is a volunteer assistant clinical professor in the School of Dentistry at UCSF.

Update on Dental Therapy in the United States