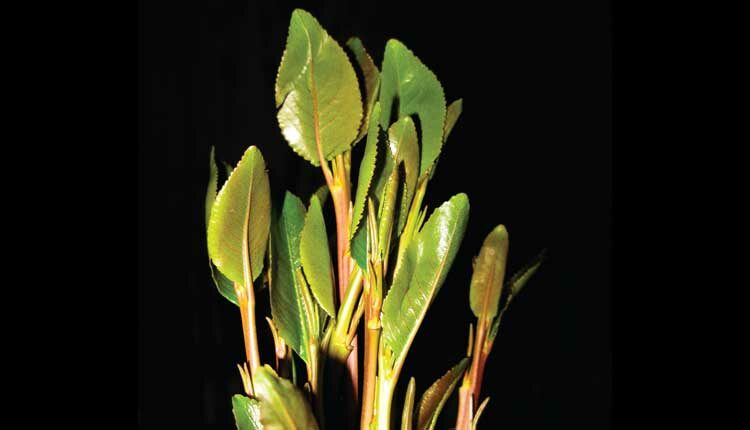 Oral Health Consequences of Khat Use

Oral health professionals work in a global society where opportunities exist to acquire cultural knowledge through cross-cultural encounters and cultural competency training. Supported by the understanding that variability exists within cultures as a complex whole, cultural awareness leads to care modifications that recognize and integrate patients’ traditional beliefs and practices.1–3 One facet that deserves special attention concerns patients’ cultural habits. For example, it is estimated that more than 20 million people worldwide chew khat (Catha edulis),4 which is cultivated and consumed as part of social traditions in Ethiopia, Kenya, Yemen, Somalia, South Africa, Saudi Arabia, and Madagascar.5 Recently, khat has traveled with people to Europe, Norway, Great Britain, North America, and Australia. Globally, Yemeni people are one of the largest consumers of khat, with the World Health Organization estimating that 70% to 90% of men, 30% to 50% of women, and 25% of children in Yemen chew khat daily.6,7

People living in the United States who are from other countries may continue to use behavioral practices customary to their country of origin. While there are no reliable estimates of prevalence in the US, khat use is highest in cities with corresponding immigrant populations, such as Boston, Dallas, Detroit, Los Angeles, Minneapolis, New York, and Washington, DC.8 Using customary practices may help an individual maintain a feeling of connection to his or her traditions.2 While chewing khat leaves is a common worldwide endemic, social and cultural habit, it is not an oral hygiene aid.

Khat, also known as qat, kat, miraa, qaad or jaad, is a flowering evergreen plant that primarily grows in East Africa and the Arabian Peninsula (Figure 1).8–10 There are approximately 44 types of khat, with taste variations depending on the tannic acid content. Mature leaves have a bitter taste and are fragrant, while young leaves are slightly sweet.6 Users tuck fresh leaves into the buccal mucosa and replenish leaves often so juices can be extracted and swallowed (Figure 2).11 Dried khat is used to make tea, chewable paste for recreational use, and can be smoked or sprinkled onto food as a powder.8 It is chewed as a pastime or during traditional celebrations. Khat is often used for its stimulant effect, as chewing it reduces fatigue and brings amphetamine-like feelings of euphoria and alertness.5,8 Many khat chewers report feeling happy, alert, and energetic.12

Catha edulis leaves contain two main stimulants of the central nervous system (CNS): cathinone and cathine.8,13,14 Cathinone (alpha aminopriopiophenone) is structurally similar to d-amphetamine and is a sympathomimetic, amphetamine-like substance that stimulates the autonomic sympathetic nervous system. Cathine (d-nor pseudoephedrine) acts as an CNS stimulant, with cathine being 10 times less potent than cathinone.8,14 Other compounds in khat include alkaloids (over 62 types), carbohydrates, tannins, flavonoids, terpenoids, sterols, glycosides, vitamin C, and amino acids.15 Once consumed, the effects can last from 90 minutes to 3 hours, but with prolonged use effects may last up to 24 hours.8 After chewing khat, the individual may experience depression, irritability, loss of appetite, and difficulty sleeping.16 Khat is a naturally occurring plant and therefore may contain varied compound combinations and concentrations. It can have several temporary or short-term effects on the autonomic (peripheral) nervous system and CNS, depending on the amount the user ingests (Table 1).

Several studies have examined the long-term effects of khat, including a systematic review and meta-analysis that suggest it increases risk for heart failure, arrhythmia, myocardial infarction, and stroke.17 Reported long-term exposure to the cathinone content increases heart rate and blood pressure, and has a vasoconstriction effect on the coronary vessels.11 Mean diastolic and systolic blood pressure in khat users is higher than nonusers; similarly, the heart rate of users is consistently higher than controls.17 In addition, khat is known to be an independent risk factor for cardiovascular disease.18

Its effects on mental health are associated with the amphetamine-like cathinone substance found in khat that releases serotonin.21 Adverse long-term psychiatric effects include dependence, tolerance, anxiety, depression, and insomnia.8 When assessing a patient’s dependence status, the severity of dependence scale can prove helpful. Using this approach, one study found 31% of participants presented with khat dependence, and 38% exhibited continued use, even when experiencing adverse effects.22 Several studies on small samples of diverse user groups found psychological dependence was greater in those who used khat for longer than 6 hours a day. Reported withdrawal symptoms include depression, food cravings, and fatigue.14,23,24

Among users, the oral mucosa is thought to be the first point of absorption, and bolus sites often undergo mucosal changes in the form of keratotic white lesions and areas of frictional keratosis with severe corrugation. These lesions are caused by continuous and prolonged exposure to mechanical friction, as well as the chemical irritation caused by khat components.28 The prevalence of white oral lesions was found to be higher among users (33.3%) compared to nonusers (7.7%).29

A high prevalence of oral ulcers and burning sensations has been observed in khat users.27 Chewing khat has also been associated with white to brown mucosal discoloration that is attributed to the chemical components of the plant. Specifically, high concentrations of melanin in basal keratinocytes of tissue samples were found in chronic khat chewers.30 Surprisingly, the association between consuming khat and malignant oral lesions had no clear evidence implicating it as a risk factor for head and neck cancers.25 Considering an association between malignant oral lesions remains unclear, more research is needed.

A study of Yemeni khat users found a greater incidence of tooth loss when compared to nonusers (2.5 to 2.1 for males, and 3.4 to 2.8 for females, respectively).31 As previously noted, research also relates chewing khat to caries. As a predisposing factor for caries, oral dryness was reported to occur 30 minutes after initiating a khat-chewing session.32 Additionally, researchers found users tend to consume an increased number of sugary beverages and sugar tablets to counteract the bitter taste.25 Khat can cause xerostomia due to its amphetamine-like effect or the fatigue of salivary glands due to continuous chewing.33 It has also been found to reduce salivary flow rates and pH levels—factors that could increase the incidence of caries.33

When considering khat’s effects, several recommendations can be made for patient care. Patients’ vitals should be taken at each appointment, as research has demonstrated the link between khat chewing and elevated blood pressure and pulse. Moreover, oral health professionals should exercise caution when considering use of local anesthesia or nitrous oxide-oxygen sedation due to CNS effects and possible drug or health interactions. For example, khat has been shown to reduce the effects of local anesthetic drugs.34 Due to the possible simultaneous use of khat and dental medications, mitigation strategies to decrease the probability of adverse drug interactions should be established to ensure safe and effective care.

Research findings indicate clinical drug interactions may also exist with antibacterial, antimalarial, antiplatelet, and anesthetic drugs.34 Additionally, khat has been known to reduce the bioavailability of antibiotics, such as ampicillin, amoxicillin, cephradine, ciprofloxacin, and tetracycline.34 Its use may also compromise the antimalarial activity of primaquine, and may reduce the bioavailability and antiplatelet aggregating properties of aspirin.34

Dental professionals should conduct social assessments that encourage patients to provide information about behavioral habits, particularly cultural traditions.35 It is important to address patients’ cultural values specifically in the context of their healthcare by asking: 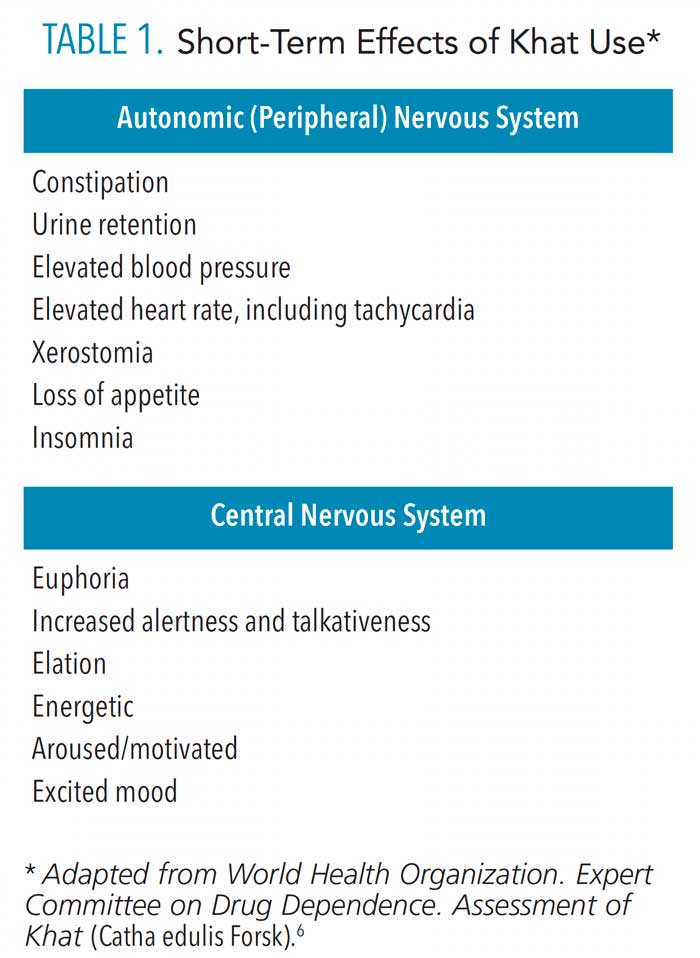 Since oral lesions are common in khat users, findings should be well documented, explained to the patient, and referred for biopsy as needed. Due to the adverse effect of khat on periodontal health, clinicians should encourage regular dental hygiene and maintenance appointments, and consider shorter durations between visits. Recommendations can also be made to reduce the incidence of xerostomia and caries through the use of fluoride therapy, remineralizing products, and saliva substitutes. Overall, oral health professionals play an essential role in promoting healthy practices among users through increasing patients’ awareness of khat’s adverse oral and systemic effects, and by providing education on the positive outcomes of cessation. The latter can be encouraged by offering support and referrals (Table 2).37,38 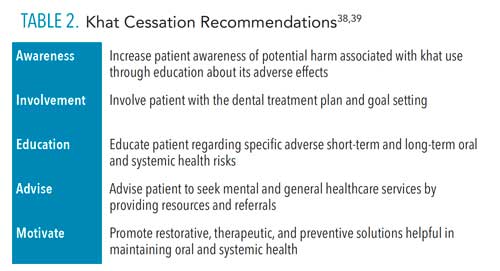 A thorough understanding of cultural diversity is essential for safe and effective dental care. With this goal, awareness of the oral and systemic health effects of khat use will allow clinicians to accurately diagnose and treat this patient population.

When clinicians apply cultural competency training to oral healthcare, they help ensure effective management of culturally diverse patients, and can make personalized and appropriate recommendations.39 Specifically in regard to khat users, longitudinal and cohort-based studies are needed to further validate effective interventions. 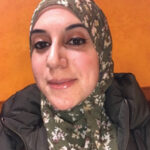 is a faculty lecturer in the Applied Dental Science Department at Jordan University of Science and Technology in Irbid, Jordan.

Tara L. Newcomb, BSDH, MS, is an associate professor and chief departmental advisor in the Hirschfeld School of Dental Hygiene at Old Dominion University (ODU) in Norfolk, Virginia. Newcomb, who also holds a faculty research position, can be reached at: [email protected]. 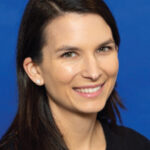 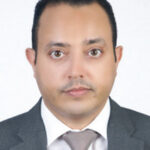 Abdullah Al-Taiar, MD, DC, MSC, PhD, is a physician epidemiologist and a fellow of the Faculty of Public Health, Royal College of Physicians of the United Kingdom.

Role of Antimicrobial Peptides in the Fight Against Infection 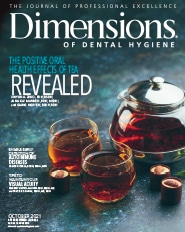