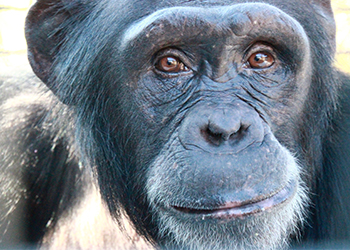 Malvern, PA (January 10, 2017) – For its latest philanthropic endeavor, DentalEZ®, a supplier of integrated products and services for dental health professionals worldwide, recently donated a full shipment of dental supplies and equipment to Project Chimps, a rescue organization dedicated to the lifetime sanctuary care of hundreds of captive chimpanzees.

Specifically, the Company donated various dental products, and operatory and utility room equipment to Project Chimps’ new northern Georgia sanctuary including NevinLabs™ steel cabinets, DentalEZ® delivery units and operatory lights, StarDental® handpieces, and RAMVAC vacuums and compressors. Because of the Company’s generous donation, the new dental facility will now have all components needed for complete and optimal dental care of the rescued animals.

Peter Volk, Territory Sales Manager for DentalEZ is heading the mission along with Southern Region Manager, Chuck Seeger, and Jason Hodkowski, Senior Institutional Sales Manager. The team is currently working with the company to create the dental facility. “It is interesting because as dental professionals our focus is almost always on our human patients,” remarked Volk. “What most people don’t think about is that all of the animals that they only see on Animal Planet or at the zoo need dental care. Once in a captive environment these animals need to receive all of the preventive care that we humans are accustomed to.”

A recent transfer carried out by Project Chimps prompted the charitable donation by DentalEZ, as well as widespread national attention. Nine chimpanzees once used as research animals at the New Iberia Research Center in Louisiana were just relocated to the new Project Chimps refuge, hundreds of miles from their former home in a lab where they were used as subjects in biomedical testing.

Workers with the non-profit organization transported all nine animals and now Project Chimps sanctuary, located in Morganton, Georgia, is their new home, a sprawling preserve where over 200 chimps will eventually roam free. The 236-acre sanctuary is located along a temperate rainforest, with rolling hills and a lush, green landscape. In addition to office buildings, a full veterinary clinic, and an upscale kitchen designed by celebrity chef Rachael Ray, there are currently four “villas” that can house 10-15 chimps each, and one larger group building that can house two groups of 10-15 chimps.

“It’s a very rewarding feeling to know that we are providing the medical and dental equipment to chimps that, up to this point, have spent most if not all of their lives in a research laboratory,” continued Volk. “As a DentalEZ representative, it is important that we give back not only to the people in our community, but also to those that do not have a voice. It is our calling as dental professionals to make sure that everyone, both human and animal, are treated with the utmost care and respect.”

In 2015, all chimpanzees were designated an endangered species, marking the end of privately funded research on chimpanzees in the US. Chimps are considered the smartest primate and the closest relatives to humans, which is why the New Iberia Research Center in Louisiana has used 220 of them for medical testing.

The opening of the new Project Chimps sanctuary follows a steady shift away from controversial biomedical research on chimpanzees across the country. The National Institutes of Health (NIH) began significantly phasing out its funding of federal research on chimps in 2013, and announced the retirement of its 50 remaining chimpanzees in November 2015.

NIH also ended its research support for chimps but did not own approximately 360 remaining around the US. Now the private institutions that own them, like the New Iberia Research Center, are following suit. However, due to limited space at existing sanctuaries such as Chimp Haven in Louisiana and Save the Chimps in Florida, the creation of new refuges like Project Chimps is crucial.

For more information about the DentalEZ company and its complete offerings of dental product and equipment solutions, please visit dentalez.com.