Individuals with diabetes and pregnant women often see their systemic health improve when their dental problems are effectively treated.

Individuals with diabetes and pregnant women often see their systemic health improve when their dental problems are effectively treated. To improve access to care for these populations, a bipartisan group of legislators in Washington state, with private financial support from the Washington Dental Service Foundation, is lobbying for Senate Bill 5540. Sponsored by Senator Maureen Walsh (R-Walla Walla), SB 5540 would invest $1.5 million into a 4-year partnership between the Washington Dental Service Foundation and community groups to run a pilot dental program. This program would cater to underserved pregnant women and adults with diabetes in three counties, and would be modeled after existing successful oral health initiatives. Half the cost would be funded by the state and the other half by the Washington Dental Service Foundation, the latter of which is financed by Delta Dental. The bill has garnered the support of the Washington State Dental Association, though some cite concern about the number of dentists willing to participate in the program. As such, the pilot program includes a proposal to boost state reimbursements to approximately 42% of their standard rates when treating patients covered by Medicaid—a big boost to the current 29% rate. 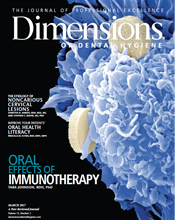