A recent measles outbreak was so severe in the state of Washington that the governor declared a state of emergency.

A recent measles outbreak was so severe in the state of Washington that the governor declared a state of emergency. Clark County, Washington, has seen at least 50 cases of the disease in the past few months.1 In Brooklyn, New York, a similar outbreak has occurred with 64 confirmed cases as of early February.2 In 2015, individuals (mostly children) developed measles in numerous states, all connected to an infected person who visited an amusement park in California.3 Although it is highly contagious, measles had been nearly eradicated in the United States. Why is it returning? The simple answer is because children are not getting vaccinated.

A measles vaccine became widely available in 1963.4 It is usually combined with a vaccine to prevent mumps and rubella (MMR) or mumps, rubella, varicella. When the vaccine was introduced, nearly all children contracted measles by the time they were 15. Three million to 4 million individuals were infected each year, with 400 to 500 fatalities, 48,000 requiring hospitalization, and 1,000 developing encephalitis.4

Due to effective vaccination protocols, measles was declared eliminated in the US in 2000.4 The US Centers for Disease Control and Prevention define disease elimination as “reduction to zero of the incidence of a specified disease in a defined geographical area as a result of deliberate efforts; continued intervention measures are required.”5 In other words, by the year 2000, there were no new cases of measles in the US. This elimination was a great public health success. But that success can only continue if children are vaccinated.

ALTHOUGH IT IS HIGHLY CONTAGIOUS, MEASLES HAD BEEN NEARLY ERADICATED IN THE UNITED STATES. WHY IS IT RETURNING?

There are specific contraindications and precautions related to the vaccine.6 It is contraindicated for those who are allergic to the vaccine’s components, individuals with severe immunodeficiency, pregnant women, and those who have had reactions to neomycin. Side effects can occur, including febrile seizures, joint pain, and immune thrombocytopenic purpura. Data show that these side effects are rare.7 Encephalitis caused by the vaccine is extremely rare. Of three published reports regarding this complication, only one case implicated the vaccine as the cause.8 A study of 95,000 children showed no link between MMR and autism, dispelling the myth that the vaccine leads to this developmental disorder.9

I know some are against vaccinations. Maybe they’ve had negative personal experiences, believe the claims that vaccinations can cause devastating maladies, or feel the need to comply with peer pressure in order to “fit in” with family and friends. But the evidence is clear: the benefits of the measles vaccine far outweigh the risks. It is safe and it saves lives.

What Are Some Solutions to Resolve Inflammation? 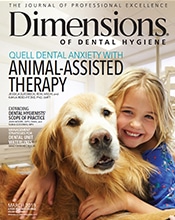