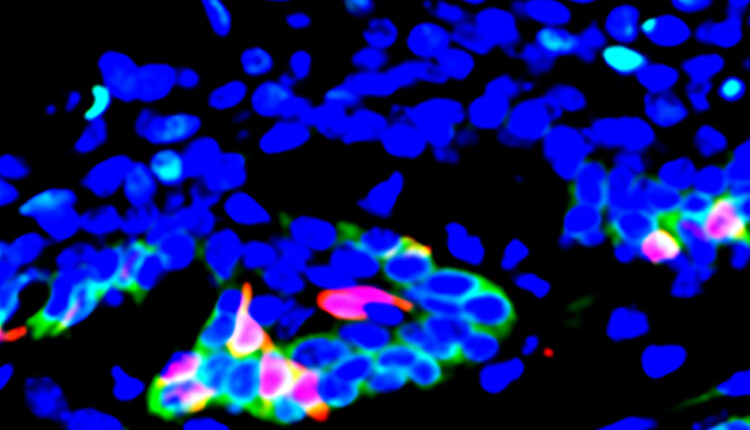 Discovery May Restrict Growth and Spread of Head and Neck Cancers

The discovery of a molecule that allows cancer stem cells to bypass natural immune defenses may lead to new approaches to prevent the growth and spread of head and neck squamous cell carcinomas. This finding from researchers at the University of California, Los Angeles School of Dentistry could pave the way for more targeted treatments for these highly invasive cancers, which are characterized by frequent resistance to therapy, rapid metastasis, and high mortality.

Published in Cell Stem Cell, results from the study, “CD276 Expression Enables Squamous Cell Carcinoma Stem Cells to Evade Immune Surveillance,” offer hope for new approaches to managing this patient cohort. Cancer stem cells, also known as tumor-initiating cells, are considered the original source of cancerous tissues. Their ability to proliferate in the early stages of cancer development, as well as during tumor growth and metastasis, suggests an intrinsic capacity to evade the immune system. The researchers set out to understand how and why this happens.

In a properly functioning immune system, infection-fighting T cells help ward off carcinogenic cells, viruses, and other pathogens. However, some cancer cells are able to elude this response by means of protein molecules on their surface—known as checkpoints—that bind to similar molecules on T cells, nullifying the immune cells’ cancer-killing abilities. Based on this understanding, immunotherapy drugs called checkpoint inhibitors can be used to deactivate the checkpoint receptors.

While this approach has proven effective in several types of cancer, decreasing the size of tumors and slowing their spread, results for head and neck squamous cell carcinomas have been mixed. This indicates that something else may be muting the immune system’s response.

Initially, the researchers tested PD-1 checkpoint inhibitors on a mouse model of head and neck squamous cell carcinoma. However, this did little to control the cancer’s spread. At the same time, they discovered that cancer stem cells in head and neck tumors had a notably elevated expression of the CD276 gene, which encodes a protein molecule on the cell surface. They also found that CD276 expression was highest along the outer layers of tumors, suggesting the CD276 molecule functions as a checkpoint that shields the stem cells and interior tumor cells from the body’s T cell response.

The investigators next administered anti-CD276 antibodies to see if this would turn off the checkpoint and inhibit the cancer’s growth and spread. This resulted in a significant decrease in cancerous lesions and cancer stem cells, including the number of tumors that metastasized to the lymph nodes. This demonstrates that blocking the CD276 gene stopped tumor growth, leading the authors to conclude, “These findings suggest that focusing on CD276 and the immune response holds promise for preventive therapies targeting squamous cell carcinomas of the head and neck.”