It’s that time of year when we make resolutions we plan to keep, yet somehow fall short. It’s an opportunity to make positive changes, yet we become disillusioned when those changes aren’t implemented. We have good intentions, yet are angry with ourselves when we don’t do our best. Why does this happen? I must admit I’ve been there and done that, so I decided to do some soul searching to figure out how to not be disappointed when I don’t achieve my resolutions. Even better, how could I make those resolutions stick?

Part of the problem could be with the actual concept of making resolutions. While noble at heart, maybe a resolution is doomed to fail from the start. I recently received an email from a company called Coda. Based in San Francisco, Coda aims to increase productivity and the seamless integration of working documents and programs. According to its website, “Coda is a new kind of doc that brings words, data, and teams together. It comes with a set of building blocks that anyone can combine to create a doc as powerful as an app.” I’m still trying to figure out what Coda actually does, but what caught my attention was how the email promoted rituals over resolutions. In other words, making a concept a part of your everyday life as opposed to a perceived mountain to climb. Brilliant! And it makes sense that a company focusing on enhanced productivity understands change and the obstacles associated with making change. It challenged me to think: How would rituals over resolutions translate to better acceptance of our personal and professional goals?

Synonyms for ritual include custom, habit, practice, and second nature. Synonyms for resolution are aspiration, intention, purpose, and commitment. Both words connote positivity and action. Yet ritual describes an innate sense of achievement and a calm acceptance of oneself. We are so critical of ourselves when we don’t succeed, but often we don’t succeed because we might be trying too hard; we make a commitment rather than develop a habit.

Here are some ideas: Instead of aspiring to lose 10 pounds, perhaps the focus should be to walk more often. It might be difficult to make a commitment to reduce unhealthy foods, but if we get in the habit of eating fruit twice a day those unhealthy cravings might wane. Intending to have a more positive attitude is a worthy goal, but is probably more easily achieved by repeating uplifting thoughts to oneself….and by becoming friends with others who help you rise.

The objective is to attain that “second nature” aspect of the goal we want to achieve. We won’t get there by feeling guilty about not reaching certain benchmarks or by being disappointed in ourselves. But we can make real progress by “practicing” an action over and over again.

Wishing you all the best in this New Year. And may you achieve your goals. It’s often said that “practice makes perfect.” Actually, practice makes progress—a wonderful concept!

The ABCs of Face Shields 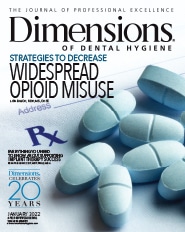