at The Ohio State University

by Students in Dentistry 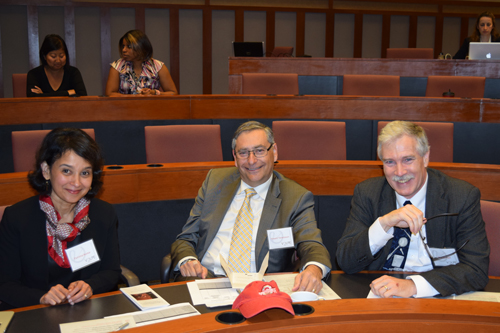 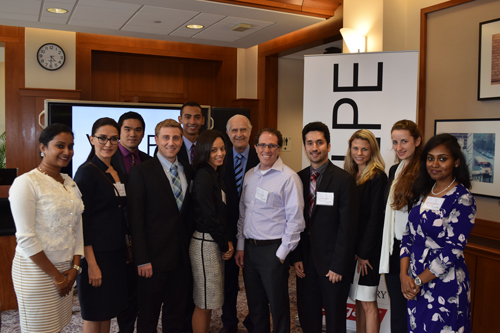 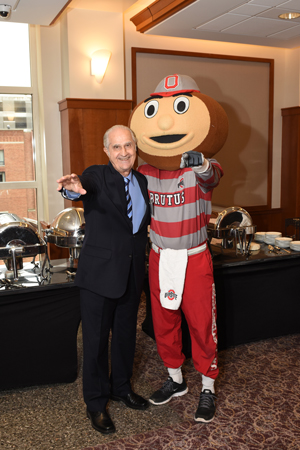 The winners–along with three honorable mentions–were honored at The Ohio State University (OSU) on July 10 during a special reception attended by a number of pre-doctoral and post-doctoral residents and faculty members of the College of Dentistry’s Division of Periodontology. Also in attendance was renowned periodontist and award-winning clinical researcher,

Dr. Anthony Volpe, who presented his namesake award to this year’s winners.

Established by OSU and Colgate in 2007, the VOLPE Prize honors Dr. Anthony Volpe’s career spanning over five decades, demonstrating unparalleled commitment to scientific excellence, and yielding countless contributions to the industry, private practice, and academia. Internationally celebrated for leading breakthroughs in periodontology, Dr. Volpe has conducted clinical research all around the world, delivered more than 250 scientific publications and presentations, and earned several patents in dental science from the United States Government. Dr. Volpe has expressed “sincere appreciation” to OSU and Colgate for establishing this award in his honor.

The 2015 VOLPE Prize winners and honorable mentions were among 12 finalists invited to present and defend their research at the International Periodontal Research Competition. These finalists were selected by a panel of judges that included Dr. Thomas Hart, Director of the VOLPE Research Center in Gaithersburg, Maryland. “The International Periodontal Research Competition is truly unique,” said Dr. Hart. “It brings together a diverse group of international researchers in the early stages of their careers, who are united by a common passion to develop better diagnostic and treatment strategies for periodontal diseases.”

The judges’ panel also included OSU College of Dentistry, Associate Professor Dr. Purnima Kumar, and University of Toronto Faculty of Dentistry, Professor Dr. Howard Tenenbaum who noted that “this year’s slate of candidates was probably the most accomplished and wide-ranging we’ve ever seen.”

For many industry insiders, this award is particularly prestigious because of both the rich history it has honored from the start and the bright futures it celebrates each year. “I believe the VOLPE Prize can be summarized in three thoughts,” said Dr. Angelo Mariotti, OSU College of Dentistry Chair and Professor, Division of Periodontology. “Quality research, the future of periodontics, and the eminence of Tony Volpe”.